ESA medicals. — Scope | Disability forum
Find out how to let us know if you're concerned about another member's safety.
Read our community guidelines and our community house rules. 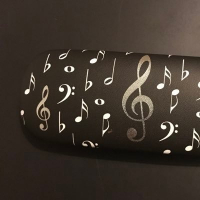 I said that when I stepped back from this forum I would find a way of posting some tips which the more knowledgeable posters on here such as @CockneyRebel bd @poppy123456 could refer people to. On reflection there seemed little point in the absence of a search function. Now that functionality has been added there is clearly a point so here goes. Some of you will recognise these from previously although I have updated them slightly. Hopefully admins will now be more vigilant and refer people to the search function and close/delete those threads which ask the same questions without first using the search functionality.

2 - The assessment will be explained at the outset and you’ll be asked if you consent to what’s about to happen. If it’s PIP - They will assume that you have also consented to functional assessments but their guidance says they need separate consent for those and should only do them if they don’t have fully up to date functional information. If you think they do then you could decline to consent to functional testing albeit that that risks them recording that you declined to participate.

3 - If you’re going alone then take a copy of your claim pack with you to remind you what you said or, if you don’t have that, take a bullet point list of which points you’re asking for. Ask them to read back what they’ve noted. If they won’t then ask them which activities they’ve recommended points on. They’ve no obligation to tell you how many points but there’s nothing to stop them identifying the general areas like cooking etc. This helps you to query it there and then if you think they’ve missed anything.

4 - Make a clear note of start and end time and of building layout. How many steps from the entrance etc? Did the HCP walk behind you; in front or alongside and so on?

7 - Keep in mind that there is no magic wand. There’s nothing you can do to guarantee that a HCP interpretation is the same as yours. Therefore there’s no benefit in dressing a certain way or behaving as though you’re having your worst day ever and you’re like that all the time. Spell out variations. They’re the most compelling evidence you have. Give examples of experiences you’ve had when trying to describe why you can’t do a specific activity.

8 - Some people may wish to record their assessment. You can ask for this to happen with ESA but you must give sufficient notice. The process for video recording PIP assessments has not been finalised at the time of writing. It is currently illegal to record your own assessment for PIP. Before you do so please bear the following in mind:

9 - Think of this as the starting point not the end point. It’s a stage you have to go through but there are lots of other stages if it doesn’t immediately work out aspect you hope.