What Post-Impairment Syndrome Has Meant For Me — Scope | Disability forum
Find out how to let us know if you're concerned about another member's safety.
Read our community guidelines and our community house rules.

What Post-Impairment Syndrome Has Meant For Me

Ruth has CP and Perthes' Disease and has recently stopped teaching English after 25 years. She lives with her husband and Archie the cat.

I can tell you a lot about my CP post-impairment syndrome, but the one question that I can’t answer is when it began. What I can say is that, at some point in my early forties, my world began to shrink, my choices became fewer.

It took a while for me to notice that it had become usual for me to turn down invitations from friends and although I still claimed to love a long soak in the bath, I had been using only the shower for months. I found myself cooking meals that I was too exhausted to eat or taking the rest of the weekend to recover from a spot of vacuuming. I would get impatient and panicked if there turned out to be more walking than I expected or there wasn’t a seat in sight. Shortly after that I started to fall. It felt like a return to my early school years when, for me, grazed knees were a permanent feature, except now I had a replacement hip to protect and I didn’t bounce back quite so easily. 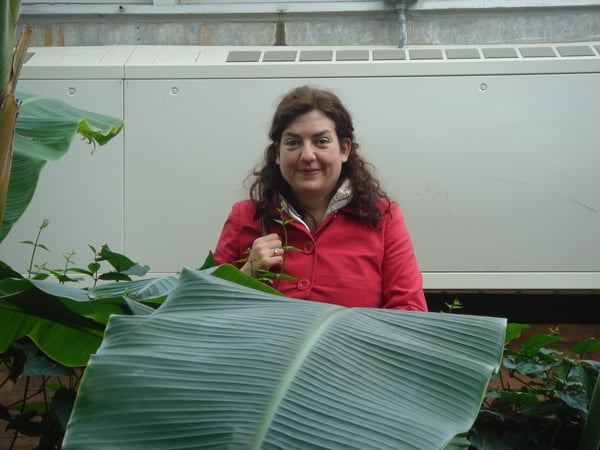 Up until then I had generally operated on the basis of ‘Use it or Lose it’, an attitude very much encouraged by consultants and physios. I frequently pushed myself to the point of physical exhaustion and viewed my CP as the non-progressive condition that it technically is. I had never heard of post-impairment syndrome and didn’t know that it was soon going to dominate my life.

My childhood was all about getting me walking as ‘normally’ as possible. My gait was scrutinised, with splints and surgery being featured heavily. I felt as if I was being ‘fixed’ and, until I hit double figures, I think I was under the illusion that the mending would eventually make me pretty much like my non-disabled friends and that it would last for the rest of my life.

Over the past six years, post-impairment syndrome, and the fatigue, pain and reduced function it has brought, has necessitated that I redesign most aspects of my existence. First came crutches, then my wheelchair, two spinal surgeries, and applications for a bus pass, Blue Badge and PIP. Now, as I write, I am preparing to move house from Gloucestershire to Durham, at least in part because my teaching job has become the latest casualty. My next home will be a bungalow; I tell myself that this is more by accident, than design, but I suspect I’m future-proofing. I sometimes joke that at 49, my life has much in common with that of my 80-something parents but, behind the humour, is the question of what a few more decades of deterioration might look like.

There are many things about it all for which I am grateful. I know that, had I been born a decade earlier I would have been very unlikely to survive. It perhaps isn’t that surprising that the medical profession is only just discovering what can happen to CP bodies like mine because, only now, do we have the chance to age.

On a more practical note, I have options because I was able to work full-time for 25 years; I can choose my own housing, have a husband with a career and I am in a position to be able to fight for the treatment that I need. Having said all that, it has been a lonely journey. Help has often been hard to find; I have sometimes been treated as if I was giving in to my CP and have had to learn to become a wheelchair-user via YouTube, Twitter and trial and (a lot of) error.

There have been days when it has been easy to laugh and to enjoy myself, but plenty when I have found myself feeling scared and defeated. A dedicated and multi-disciplinary CP service would have made a huge difference and, most-importantly, would have helped me not to feel like my loss of mobility is somehow my fault. I recently saw a new consultant who told me that he thought that I was doing well ‘under the circumstances’, the kind of simple, yet vital, reassurance which isn’t always forthcoming.

I hope that the path for people with CP, younger than me, will be an easier one. I hope that they will meet professionals who are able to look further into their futures and to help them to plan for them. It may be that CP will always take its toll on our bodies but, with the right support, and information, we can have the lives we choose.

Have you experienced any symptoms of post-impairment? Has your disability changed as you have got older? Let us know in the comments below!