Epilepsy — Scope | Disability forum
If we become concerned about you or anyone else while using one of our services, we will act in line with our safeguarding policy and procedures. This may involve sharing this information with relevant authorities to ensure we comply with our policies and legal obligations. 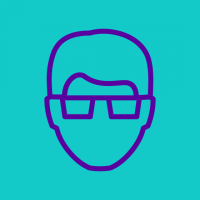 woodbine Member, Community Co-Production Group Posts: 7,715 Disability Gamechanger
March 2021 edited March 2021 in Disability rights and campaigning
There has been a thread about epilepsy and PIP that has for understandable reasons been closed, although it's a shame as epilepsy isn't something that crops up very often on here. My own epilepsy started in 1998 (23 years ago this week in fact) after my second stroke, it cost me my job and many friends. My epilepsy has never been controlled by medication and I have been lucky with benefits getting DLA then more money when moved to PIP, and had no problems moving from I.B to ESA, but not everyone is so lucky.
I also have a brilliant wife who has been a great support as have my family, but despite that it's an condition that in most cases leads to depression, and as I admitted on another post today I did at one point try and take my own life.
What gets me and I mean really gets me is that in the year 2021 there is till too much stigma attatched to epilepsy, and people just don't understand or want to understand.
In conclusion one of my pet hates is being called an epileptic, i'm not my condition doesn't define me I am a person with epilepsy.
Thanks for reading
Be extra nice to new members.
5 · Share on FacebookShare on Twitter