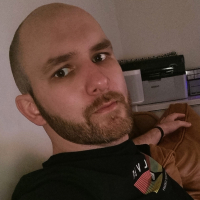 I understand that in Scotland PIP is being replaced by Adult Disability Payment (ADP). Can we expect this to happen in England and if so apart from the name change what exactly is changing?