Guest Post: Why don’t the Paralympics get the same attention as the Olympics?

“Did you see Usain Bolt last night? He was amazing!”

“Can you believe how many medals Team GB won in Rio? Isn’t it great to see us doing so well!”

How many times have you overheard such conversations over the summer? It’s fantastic to be so proud of our Olympic athletes and their achievements. But have the Paralympic Games been greeted with such fervour and enthusiasm? Why are the athletes of the Olympics hero-worshipped, while the overwhelming achievements of our Paralympians are ignored? 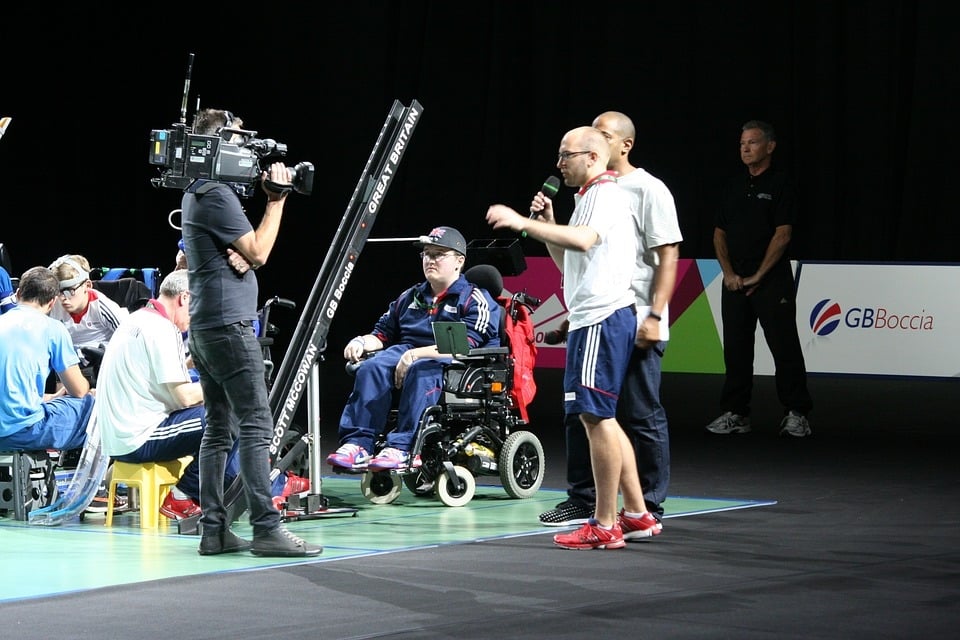 Are the Paralympics marginalised?

One para-athlete who broke through to become a household name was Tanni Grey-Thompson, who not only won six London Wheelchair Marathons, but over her career won 11 Olympic gold medals, four silvers and one bronze. She also broke 30 World Records over her career. But why is that she remains the exception to the rule in becoming a household name? How many people recognise the names (let alone the faces) of Johnny Peacock, Richard Whitehead or Hannah Cockcroft – all exceptionally talented members of the Team GB Paralympic team past and present?

Despite being amongst the world’s largest sporting events, the mainstream media marginalises the Paralympics, with newspapers preferring to dedicate the back pages to the usual antics of the Premier League, rugby and F1. Perhaps if there was more of a national appetite for it, the media would be forced to reflect it.

As someone who worked in a Rehabilitation Centre, I have seen the struggles of those learning to live life without a limb, learning to use blades where they once had legs; adapting to electronic hands where once were flesh and bones.  I have also worked with children and young adults with hearing and sight issues and seen the daily difficulties they encounter.

Para-athletes not only overcome such incredible obstacles, they take it up several levels, learning to play sports again, and dedicating themselves to becoming world-class athletes. So why is it that the British public do not get behind these athletes in the same way as we do with our Olympians?

I was lucky enough to witness first-hand the excitement of some of the London 2012 Paralympics when I watched the wheelchair basketball. The anticipation, nerves and will to win was just as evident in both crowd and participants as you would expect from any major sporting event. If only this could be translated so easily into the psyche of the nation as a whole!  The pace was incredible, the skills on display were amazing and there were plenty of heart-in-mouth, pulse-racing moments to keep you on the edge of your seat!

Determined athletes at the top of their game

So what can be done to increase appetite for the Paralympics and why should people care anyway? There is certainly still a very long way to go in terms of equality for disabled athletes, but things are slowly moving in the right direction.

As for us the public, surely it should be a matter of patriotism and national pride to support our Paralympic athletes? If people just took the time to watch some of the events as they unfold, maybe they would see that it’s every bit as exciting and interesting as any other world-class sporting competition. Isn’t it time we stopped thinking of it as an event for the ‘less able’, and viewed and enjoyed it for what it really is – a celebration of determined athletes at the top of their game?  Why don’t the Paralympics garner the same kind of media coverage and public enthusiasm as the Olympics? Is this likely to change in future?

Lauren Shirazi is an Administration Co-ordinator at Changing Faces, a charity which supports people with disfigurements and campaigns to challenge prejudice.