Pension and esa. — Scope | Disability forum
If we become concerned about you or anyone else while using one of our services, we will act in line with our safeguarding policy and procedures. This may involve sharing this information with relevant authorities to ensure we comply with our policies and legal obligations. 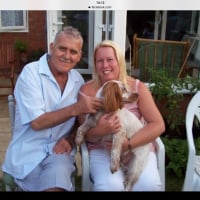 jonboy50 Member Posts: 6 Listener
September 2018 in Employment and Support Allowance (ESA)
In January of this year, I was informed that I had an opt out pension (serps) that I took out in 1988, and as I was coming to retirement age, had I any thoughts on what I was going to do with it. This was the 1st corespondence I’ve had with my policy holders since I took it out in 88’. I’ve moved locations throughout the years, so they’ve finally caught up with me, at my now address. The problem is, that for the last 2yrs I’ve been receiving esa (support group). I’m now thinking of releasing some capitol from my pension, and putting the rest into an income drawdown. I know that depending on the amounts taken, that I am liable for some reductions on my benefits. I shall of course let esa know of my intentions, and the amount in question. BUT, will esa then say that as I knew of the pension in January, this year, will money be taken from me that I may owe, backdated to January. Or worse still backdate the whole 2yrs of esa, because they wouldn’t believe me when I say, I only found out recently. I don’t officially retire untill May 2019, so esa will be ongoing until then. Thanks in advance for any information given. I’ve just joined the group, on my introduction foray I’ve had a few welcome posts, but unable to reply to them, because I don’t know how yet.
0 · Share on FacebookShare on Twitter