ESA stopped because I'm housebound and couldn't attend the medical assessment some 13miles away! — Scope | Disability forum
Find out how to let us know if you're concerned about another member's safety.
Read our community guidelines and our community house rules.

ESA stopped because I'm housebound and couldn't attend the medical assessment some 13miles away! 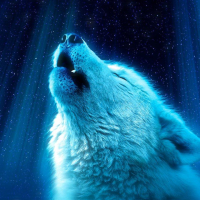 WhiteDireWolf Member Posts: 4 Listener
May 2019 edited May 2019 in Employment and Support Allowance (ESA)
I received an appointment letter from the medical assessment people Atos I think it is here, was very surprised as it came out of the blue, I rang them and asked why and was told it was normal and I hadn't sent the medical form back, well I'd not received that form, if I had I would have got it filled in n sent back, so, I did what they said got in touch with doctors, then rang them back to let them know what was what, got given another appointment but no time, told them on the phone I couldn't make it anyway n couldn't travel that far due to severe pain.
So I was passed from pillar to post making calls to all n sundry.
Then I receive a letter telling me my ESA n support had stopped because of failure to attend the medical, yet I'd done everything they asked to get a home visit, so it's now in hands of DWP my mandatory reconsideration deadline date has passed but notes have been put on as waiting for another Dr's letter to be done stating I'm not in a fit state to travel and request a home visit.
So since end of March I've had no money apart from my PIP, which basically pays the bills just, and the other is child tax credit n child benefit for my son.
All DWP keep telling me is claim Universal Credit, I've spoken to them and numerous benefit advisors and done 4 or more benefit calculators online, which include housing benefit advisors, carers allowance, welfare benefit advisors and UC advisors all say I can't claim UC because of the SDP(Severe Disablement Premium), each have also said this should overturn the mandatory reconsideration n my monies n premiums should be reinstated, but to DWP this isn't the case because I failed to attend,.
So can anyone if you understand all my blurb, please help as its like they've thrown me under a bus, and until they receive a Dr's letter (Have to ring back Thursday morning to see if its been sent), I'm floating in space, well feels that way anyway Tia ??
0 · Share on FacebookShare on Twitter