How Bullying Has Shaped My Life — Scope | Disability forum
Find out how to let us know if you're concerned about another member's safety.
Read our community guidelines and our community house rules.

How Bullying Has Shaped My Life

Ashley (18) was born with Treacher Collins syndrome, a condition that affects his face. After being bullied most of his life, he has become an anti-bullying campaigner and shares his experiences in the hope of raising awareness.

The syndrome affects my face: I was born with no ears, no cheekbones and a receding jaw. I have had over thirty operations including three jaw distractions and cochlear implants. When I was a baby, I had to have a tracheostomy fitted as I swallowed my tongue and went blue, this was the only way the doctors could save me. 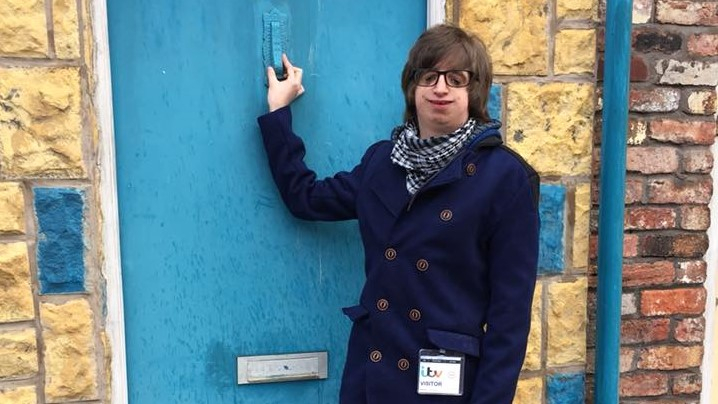 Growing up was amazing because I had my family. However, this changed when I started primary school. It was the toughest and most emotional part of my life. I ended up attending two different primary schools as a result. Within a week or two of starting the second school, the bullying began. It started with things getting thrown at me (bottle lids, food, etc.) but it got worse as the months went on, to the point where they would physically pin me up against the wall. They also tripped me up in corridors and in the playground, which upset me a lot.

I remember cycling to a friend’s house that was about five minutes away, as soon as I entered my friend’s street the two bullies saw me and started to chase me home. This chase led to me nearly getting run over and I put myself in danger multiple times to escape them. They took over my life and I didn't fully open up to anyone until much later on, with it affecting both my confidence and mental health. I used to come home every day from school crying to my parents and seeing my mum get upset and tearful about the situation only made it worse. The school did nothing to begin with, their solution was to move me into another class. Why should I be moved and not them? This was the question my family and I couldn’t help but ask. I started to enjoy it in the other class, but when I went out into the playground I still was faced with the bullies. They still had control over certain elements of my life.

Secondary school was not as bad. I still had the stares, points, and things thrown at me, but it was better. In 2016, I became a volunteer at a local charity shop which I loved, and then I became a waiter at a pub. People allowed me to join their team and I got to show them what I could do. I didn't want my syndrome to be the front of me, I wanted them to look past the condition and see the abilities and skills I had. ​

​Then there was an exciting change. In early 2017, I contacted a charity called Fixers who work with young people aged between sixteen and twenty-five who want to use their past to fix the future. This allowed me to share my personal experience of being bullied as someone with a facial disfigurement. It was amazing to finally be able to feel brave and open up about this as I was really shy before sharing my story.​ ​My campaign video was aired on ITV News, I was invited to do some press work and I took part in multiple radio interviews. The feedback and response from this have been fantastic!

My future goals are to continue to share my story and raise awareness. I want to write a book, and perhaps work within the TV industry. Since doing my campaign, my life has changed for the better. We are all different, but we should be treated the same and be given the chance to celebrate those differences. I hope together we can stop bullying!

Have you ever experienced something negative because of your disability? What awareness do you believe would eliminate bullying?