Hi, my name is Tracey, I would be greatful for some info regarding dismissal due to ill health — Scope | Disability forum
New to the community? Remember to read our community guidelines and our community house rules.
Concerned about another member's safety or wellbeing? Find out how to let us know.

Hi, my name is Tracey, I would be greatful for some info regarding dismissal due to ill health 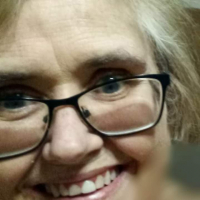 Nation2000 Member Posts: 2 Listener
February 2020 in Start here and say hello!
Due to my medical condition it was no longer possible to work full time. So at the beginning of February 2019 I started doing 3 days a week, this was flexible so that I could manage my symptoms. I was also able to work from home if I felt that I couldn't get into the office. My employer agreed to this, and I saw our Occupational Health Consultant who was in agreement that this would help lower my sickness absence.
My condition affects my brain and is a serious complication of non- alcoholic cirrhosis of the liver. Toxins build up in my brain causing symptoms of memory loss, slurred speech, balance issues and general issues with cognition.
The only cure for this is to have a liver transplant and I have been on the waiting list for 9 months.
During the first week of my new working pattern, my admin staff approached my line manager to raise concerns about my safety in the workplace.
They said that they didn't feel they could leave me alone and they were concerned that I would give out incorrect information to our internal client's. My line manager then sent me back to occupational health in the middle of February. I am in receipt of the report the consultant wrote. It states that due to the concerns raised he no longer considered me safe to work. I disagreed with this, as I work for the NHS and I have nurses in our office. At no time did I agree with his decision as work is nesess
0 · Share on FacebookShare on Twitter