Frustrated I didnt do more — Scope | Disability forum
Find out how to let us know if you're concerned about another member's safety.
Read our community guidelines and our community house rules.

Frustrated I didnt do more 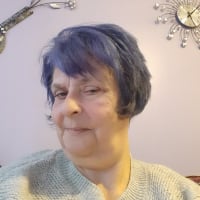 janer1967 Member Posts: 15,260 Disability Gamechanger
February 2020 in Disability rights and campaigning
Hi all, I just want to share with you an experience I had yesterday and now on reflection I think I should have done more to highlight to this ignorant person the difficulty their actions cause disabled people. I was out with my son doing our food shopping. I was on my mobility scooter laden up with lots of bags. As I approached a road I had to cross aiming to use the drop kerb a car pulled up blocking the drop kerb. The lady then got out of her car, leaving 2 young children in the back and parking on double yellow lines. I said to the lady you are stopping me crossing the road, she said well either wait or go round and then she proceeded into the take away a few steps away from her parked car. She obviously thought it was more important that she parked close to the take away so she didn't have far to walk or take the kids out of the car than it was for me to cross the road. I went the long way round till I found the next drop kerb.

I wish I had said more or taken pictures of her parked car on double yellows with reg number and reported her to the police but not being a person to want trouble and being with my son I didn't do anything, I feel I should have in order to educate at least one person  how selfish illegal parking affects others. I would be interested to know how you would have dealt with the situation ?