Disability premium refused — Scope | Disability forum
Find out how to let us know if you're concerned about another member's safety.
Read our community guidelines and our community house rules. 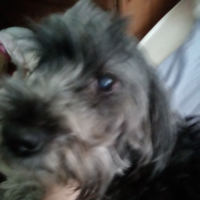 frank96 Member Posts: 38 Connected
June 2020 edited June 2020 in Employment and Support Allowance (ESA)
Refused on the grounds of late notification. 2014-2017. During this period I was on IS, JSA & ESA. multiple addresses. After a log back and forth trying to get this premium backdated I was informed I needed to send old tennancies to prove sole occupancy.  I sent council tax and housing benefit letters that reflected this. Now I've been told it cannot be awarded because I was not on esa ( even though I was briefly at some point during 14-17. Bank statements state this. And premiums can be added to JSA/IS claims? I'm sure online it even says HB claims too. They have also said I should have notified them of my changes in circumstances at the time. I don't know what changes they're on about hopefully the letter they send will be clearer. I've always lived alone unless I was with my mum and she is in receipt of PIP, esa & SDP. She can't even spell her own name anymore I don't know who can help me with this. I was told several times 3-5 working days check your bank. I'm truly baffled. What should I write in the reconsideration letter? Should I get a solicitor involved? 2014-2017 I was in receipt of PIP care component, nobody claimed carers. I was also on JSA, IS, ESA. LIVED ALONE.
0 · Share on FacebookShare on Twitter