All excited — Scope | Disability forum
If we become concerned about you or anyone else while using one of our services, we will act in line with our safeguarding policy and procedures. This may involve sharing this information with relevant authorities to ensure we comply with our policies and legal obligations. 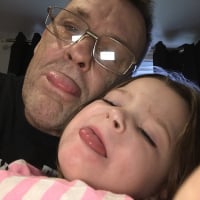 dave392 Member Posts: 42 Courageous
July 2021 in PIP, DLA, and AA
Well post man delivered letter I open it and see it’s from pip start to get excited and nervous at same time only for it too say we have all information we need to make a decision and will contact me when said decision is made what an anti climax as they already text me that 2 weeks ago talk about making people suffer if I didn’t have anxiety and nervous disorder before all this I do now  oh well the wait goes on coming up 9 months another couple of weeks not good on heart especially after my heart attack ???
0 · Share on FacebookShare on Twitter