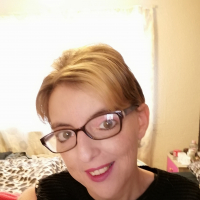 Diammondgirlz Member Posts: 10 Listener
February 2019 edited October 2021 in Rare, invisible, and undiagnosed conditions
Hello, I'm Caroline aged 36 from Doncaster, I have fibromyalgic, chronic fatigue syndrome & joint hyper mobility. I also struggle with anxiety and depression which is a major struggle to make friends but I'm learning to build my confidence.
I have 4 children most grown up only the 1 at home, 3 boys and a girl ages are 20yrs, 19 yrs, 18yrs and my 15yr old.
I'm currently writing a book I hope to one day get published that'd be my biggest achievement.
If you wish to know more about me please feel free to ask.
I'm here to hopefully meet new people and make friends.
Thanks for reading xx
1 · Share on FacebookShare on Twitter