Finding your tribe as a parent of a disabled child 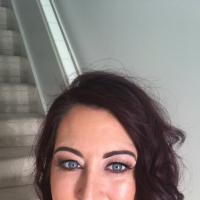 I’m Cara, mum to Blair aged 9 and Lyla aged 7. My beautiful, funny daughter Lyla was diagnosed with a rare brain disorder called polymicrogyria and quadriplegic cerebral palsy when she was 9 months old.

When I had my son, who was born in Australia, I was assigned a group of local mums to meet up with. It was these women ended up being my support system. Through the haze of sleepless nights, feeding, milestones and many ‘what on earth am I doing?!’ moments, those mums were my lifeline at a time when it would have been easy to feel incredibly isolated. Our friendships remained strong and constant through the following years including the births of our second children.

After my daughter Lyla was diagnosed at 9 months old, my friends were there when I cried, they held my baby girl when I needed a break and they looked after my son when we had hospital appointments. They even came bearing coffee and chocolate when it was needed. They were amazing. For a long while I stayed away from the Facebook and online support groups and from the Special Needs playgroups. I was afraid of being overwhelmed and losing myself in a world that I wasn’t ready for, I was trying to protect my heart from feeling too much. What I didn’t realise was that I was already part of that world, I was just there on my own. I didn’t realise how isolated I felt until we started taking Lyla to conductive education with a group of parents and children the same age as Lyla. 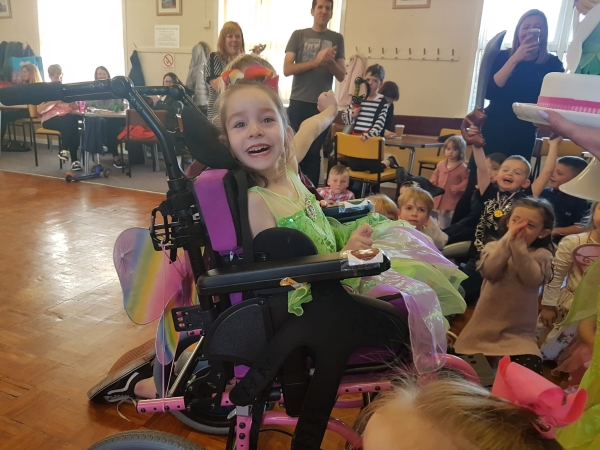 What I was missing was a group of parents who understood what it was like to find yourself raising a disabled child. Who understood the fear of the unknown, who experienced the dark thoughts that appear at 2am and who were making space in their house for standing frames and supportive strollers.

For 6 hours a week I joined group of parents whose children also had CP to do conductive education and we worked with our children together, but it was more than that. We were a community. We cried together, we laughed together, we celebrated our children’s gains and we talked about things that no one else would understand. We comforted each other when our children were having tough days. They were friendships forged out of such extremely difficult and life altering circumstances which meant there was no room for anything but honesty and vulnerability. I had found the tribe I was missing.

When Lyla was three, we moved home to Scotland. Moving to the other side of the world meant that we were isolated once again and navigating through a new maze of disability services without a tribe who understood us. Over the first year I made friends with a group of local school mums through my son’s class and Lyla’s nursery class. These wonderful friends accepted our family as we were and welcomed us with open arms. Their children became Lyla’s friends and she went onto to start mainstream school with them.

It took a year or so before the hole in my life that was left after leaving my tribe behind became too big for me to ignore. I needed another tribe. I reached out to Facebook groups and asked if anyone was in our local area with a child similar to Lyla. I got some great responses, two of whom are now incredibly close friends of mine. I had found another tribe. The friendships which began two years ago have been a constant source of support, laughter and information.

It is life-changing to have the space to be vulnerable and talk openly about our life without any competition or without the worry that people won’t know what to say. To find others that won’t back off because it makes them feel awkward.

The desire for positive role models

While I knew that I needed a tribe, I hadn’t thought about how it would affect Lyla. Lyla is in mainstream school, so her circle of friends was mainly neurotypical able-bodied kids. She has fantastic and very real friendships; they ask the best questions and accept Lyla for who she is. They have found ways to include her in their games despite the fact that she can’t speak or walk. They have worked out how she communicates and as far as they are concerned, the most interesting thing about Lyla is that she loves bags, chocolate and the colour pink. Her inclusion in the mainstream community is such a positive thing and I know we will see the benefits of this for the rest of Lyla’s life.

However, I wanted her to have a mix of friends, those she can identify with as she grows up. I wanted her to have positive role models in disabled young people, so she knows what’s possible for her. I didn’t realise how much I needed these role models too. We now both have a truly diverse group of friends who can relate to our stories and share their experiences with us.

It's worth it in the end!

I really had to put myself out there, as scary and uncomfortable as that was, to find my tribe. I had to put my big girl pants on and start conversations, to actively seek out like-minded parents living with the same challenges. It wasn’t easy and it took me a long time to be brave enough to start, but I’m so glad I did.

If you feel isolated, like no one is living a similar life to you, take a baby step towards putting yourself out there and finding someone who gets it. I promise you won’t regret it.

Cara blogs at Lyla’s Angels and writes about her family’s life and campaigns for Changing Places toilets and disability rights.

Have you ever felt isolated because no one could relate to? Do you have a tribe? What advice would you give to others? Let us know in the comments below!