Our Next Welcome Café is Monday 23rd of May 4pm until 5:30pm! — Scope | Disability forum
Find out how to let us know if you're concerned about another member's safety.
Read our community guidelines and our community house rules.

August 2020 edited May 13 in Cerebral palsy
It was so good meeting everybody that could attend our first virtual chat!
So good in fact we're going to host another with our friends at CP Sport.

If you would like to join us and say hi, Register Here

If you have trouble registering for the Cafe, please email me at [email protected]

We have now lowered the age range to 20. In response to demand. Sign up and let's chat! 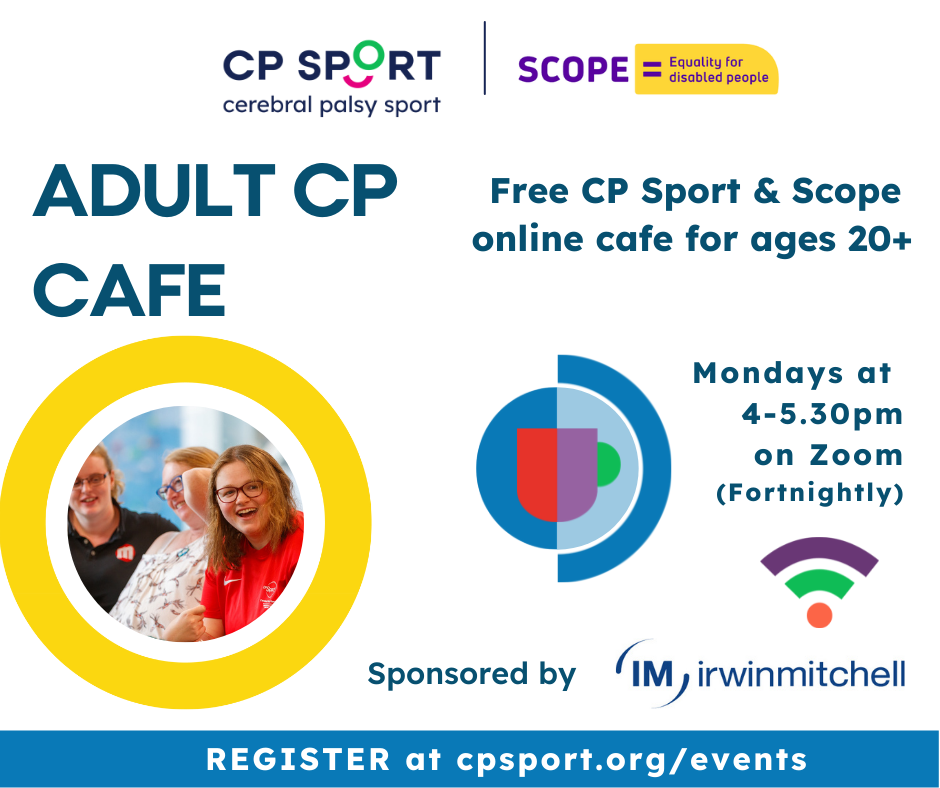 Really looking forward to seeing you all

'Concerned about another member's safety or wellbeing? Flag your concerns with us.'
Want to tell us about your experience in the community? Talk to our chatbot and let us know.
4 · Share on FacebookShare on Twitter
«1234»