Is there a way to email evidence in digitally? I don't have a printer. — Scope | Disability forum
New to the community? Remember to read our community guidelines and our community house rules.
Concerned about another member's safety or wellbeing? Find out how to let us know.

Is there a way to email evidence in digitally? I don't have a printer. 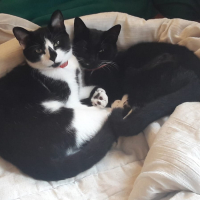 I started the PIP process at the beginning of January. Bizarrely, my friend who applied a week before me was given an online claim form whereas I was given the traditional paper form. Even more strange as I said I have a coordination disability.

All my evidence is digital as things often are nowadays (including if you don't want to send your only copy), but also I've often had specialists email me documents.

I don't own a printer as just printed odd things in work plus everything is digital. I was hoping when Citizens advice "helped" me fill in my form that they could print and send me my evidence when they sent me notes of all the answers for the form as was told they'd be writing but was thrown when they asked to write my answers.

Anyone know if there's a way to email evidence in digitally?

P.s, DWP don't seem to be following coronavirus protocol with me so probably why I got a paper assessment. I only had 28 days compared to the official 3 months you're meant to get now.
0 · Share on FacebookShare on Twitter