TV Dizziness - What's Going On!? — Scope | Disability forum
Read our community guidelines and our community house rules.
Find out how to let us know if you're concerned about another member's safety. 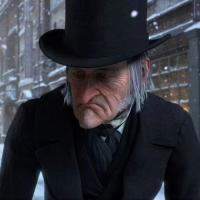 OverlyAnxious Member Posts: 1,702 Disability Gamechanger
May 14 edited May 20 in Sensory impairments
Ok, so I'm not sure this is a visual impairment as such, but I just don't understand what's going on.  It's almost as if my eyes are getting overwhelmed by too much light or something.

My other issues are such that I'm not able to get to an opticians or anywhere else at the moment but hope to go later this year.  But I don't even know how I'd explain this and wondered if anyone else has had a similar problem...it would be ideal if I could put a name to it!  I do suffer from vertigo normally but this seems to be a new problem.

A few weeks ago I bought a larger TV...set it up on a new stand in the same place as the old one...but immediately got dizzy from the motion, got nauseous, and IBS was triggered.

Tried it again later that day with the same symptoms.  Tried my old small TV on the new stand...but the same thing happened!

I assumed the new stand was too low so just put the old stuff back exactly as it was and forgot about it for a couple of weeks (bigger issues to contend with!).

This week I ordered another new stand, same height as the old one but shorter in width as I need more space at the other end.  Set it all up this morning with the old TV.  Had lunch with the new stand in my vision (I say this because I think it rules out anxiety from change) no problem.  5pm I turned the TV on and you've guessed it, dizziness, nausea, IBS triggered!

I can't eat without TV as a distraction (due to OCD) so had to put the old stand back as it was and made myself feel really unwell by the time was dinner was ready.  However, old TV on old stand, not causing the dizziness.

So what on earth is going on here!?  I just can't understand it, meaning I don't know what to try next.

The only difference that I can think of is that both new stands were wooden topped with painted sides and are quite 'light' in colour and solid at the sides  The old stand is black glass and open/shaddowy.  My last idea is to buy a shorter black glass one but if that causes the same issues I really will be stumped!!

(Worth noting I can't wear glasses as the cause the same issue, and I'm wondering if the new cars that haven't been suitable are also causing the same issue...though I have a physically weak stomach anyway so it's hard to tell what's physical, what's visual and what's mental!)
Tagged:
0 · Share on TwitterShare on Facebook
«12»