Problems with Goff Daft? — Scope | Disability forum
If we become concerned about you or anyone else while using one of our services, we will act in line with our safeguarding policy and procedures. This may involve sharing this information with relevant authorities to ensure we comply with our policies and legal obligations. 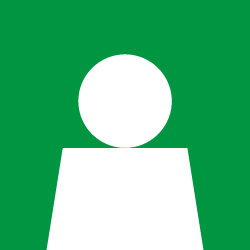 sabers4 Member Posts: 3 Listener
September 2013 edited August 2016 in Employment and Support Allowance (ESA)
I would like to know if anyone else has had problems with the DWP's ministerial correspondence team, especially the head, Mr Goff Daft.

I'm a 35 year old survivor of a terminal brain tumour. Was diagnosed with a brain tumour at the age of 14, was diagnosed terminally ill at the age of 17, managed to survive that for reasons my brain surgeon can't explain, have had 18 brain operations, radiotherapy, suffer from short term memory problems, compromised co-ordination in the right hand side of my body, double vision, constant pain in my legs and a whole host of other problems.

But, I'm not dead and I should be.

So after more than a decade of living on benefits, I'm trying to get myself off benefits by doing something that I can maintain with my health problems. So I'm using my tainted imagination to draw on my emotional experiences to write fictional stories. So far I've finished one book (252 A4 pages) and am well on the way to finish the first of several sequels.

So I thought I'd try to be ambitious and ask the government for help by asking 3 questions:

1) Can you help me find a publisher for my books?

2) Can it be arranged for me to give a talk about my survival from a terminal brain tumour to ministers in the Houses of Parliament? (Something that I've been very successful at doing in schools.)

3) Can I have a meeting with Iain Duncan Smith to not only explain the problems I've had with the system and how it could be improved.

My original letters went to the Prime Minister and Deputy Prime Minister back in 2010 so, as unreasonable as it is, I personally feel they're implicated in what I'm about to tell you.

My letters were forwarded to the DWP where they didn't answer any of my questions and merely told me that the new Universal Credit was coming and would be a better deal for all.

The following day, I got a reply saying that they were sorry to hear I was unwell but I Iain Duncan Smith was unable to accept my invitation for a meeting and then repeated to me about the Universal Credit and how it was a fairer option for all. So again, failed to answer all my questions.

2 years later, I was aggravated after discovering that some ministers had been getting more in grocery allowance than I was getting in income support and BBC reports about hate crime towards the disabled, I finally lost my temper and tried to get the DWP to apologise for ignoring my requests for help so I started the official complaints process. I wrote to Iain Duncan Smith explaining the situation and asking " I am writing to get your opinion before I file my complaint" and it was then I got a reply from Mr Goff Daft who, even though he had seen the replies, he didn't see that there was a problem but did finally say they wouldn't help me find a publisher for my books.

My mother taught me that it was rude to ignore someone when they're talking to you and high school taught me that at the heart of every civilized society is basic manners. Both issues, the DWP had failed at.

so I found the DWP's replies to be insulting and utterly counter productive. It is also my belief that, as Mr Daft was unable to see there was a problem then everyone underneath him shouldn't be expected to act any different.

So I changed my tone and started asking for damages and a guarantee that the DWP answers any request for help and asked the Parliamentary Ombudsman for advice, they said I had to write to the Chief Operating Officer (and they supplied a name and address) which I did but never got a response so I went to the next stage and contacted the Independent Case Examiner who in turn put me in touch with the Thames Valley Complaint Resolution Team who finally apologised for the DWP's failure to answer my questions but didn't offer a reimbursement for the cost of my letters nor a guarantee that the DWP wouldn't do it again so I carried on.

I then got a letter from the Ministerial Correspondence Team Manager who opened with a full unreserved apology and highlighted stage by stage the multiple failures that the DWP made in not replying to my request for help, not even to say "I'm sorry, we can't help with this matter." He was unable to offer any reimbursement of my costs and couldn't give a guarantee that the DWP wouldn't do this again but the apology was the end of that stage in the complaint.

Unfortunately, because of the stress and fatigue this long winded process was putting me under, I contracted shingles along the C6 nerve line (down the left arm and up the thumb) which forced me back to hospital for an emergency CT scan because of the threat of a brain infection. All was well, however and the medication worked after a week of intense dosage.

So now I've continued onto the Independent Case Examiner with my evidence (the next and final stage will be the parliamentary ombudsman) with 3 demands.

That Mr Daft be demoted to a junior level as he sets a bad example to the rest of his team but the 2 people who did apologise replace him.

That I get a reimbursement of my costs and damages for the shingles I've had to endure.

That I get a guarantee that no-one, disabled or not, has to go through this process again and that any one who writes to the DWP gets a reply, even if it's to say they can't help.

I have full names and addresses (both street and email) of all those involved but have deliberately left them out of this blog as I believe the root cause of this example of poor customer service lies at the top of the ladder.

How anyone, let alone someone who's disabled, is expected to go through a complaints system that seems to only serve itself, is beyond me and it's done my health no good,both mentally and physically.

People have told me what I'm doing is pointless, that I'm making a mountain out of a mole hill, that nothing will change.

However, I know disabled people who are too sick to fight back so I feel lucky that I can and regardless to what it'll do to me, it can't be worse than being diagnosed terminally ill (which I managed to survive) so I will be fighting on.

When the Job Centre Plus asks for information from me, I have 28 days to reply or my benefits get cut off. I once came off benefits after trying to go back to work but got sick and then had to wait 6 months before I could get back on to benefits because of "Administrative Constraints."

I will become an author and I will get off benefits.

However, I'm not leaving behind millions of disabled people who are being treated badly by the DWP.
2 · Share on FacebookShare on Twitter