Guest post - Personalised accessible gaming: Making play possible — Scope | Disability forum
New to the community? Remember to read our community guidelines and our community house rules.
Concerned about another member's safety or wellbeing? Find out how to let us know.

Ceyda has cerebral palsy and finds motor control very difficult. But by using two large joysticks and big separate button switches she has great control over Disney Infinity, her favourite game. A huge smile spreads over her face as her character, Jack Sparrow, starts taking on the bad guys. 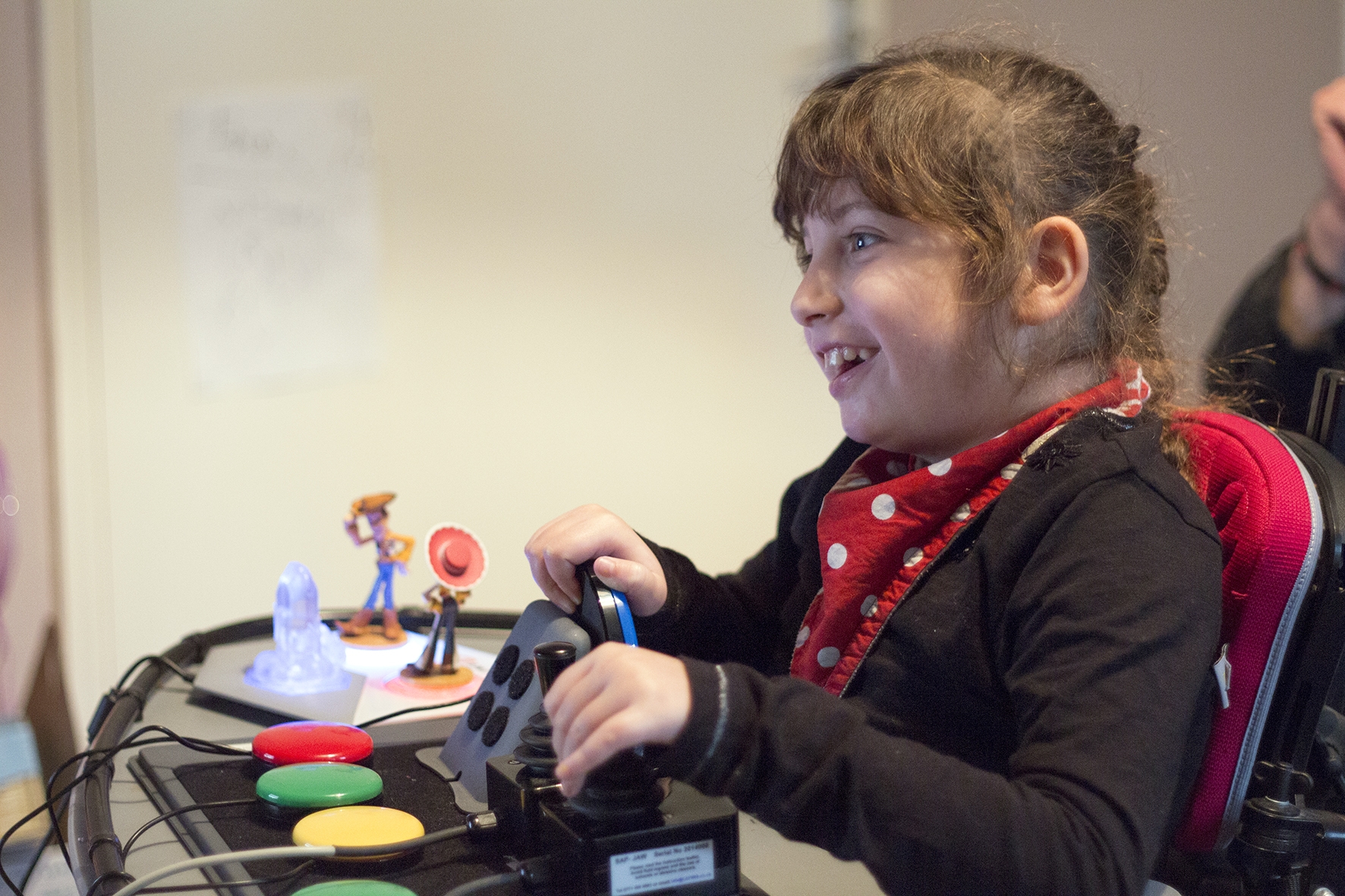 She's not using an out-of-the-box control setup that her family bought from a store. She's using a group of accessible tech items that were individually chosen and arranged to match her unique physical abilities, then connected to the game to mimic the relevant controls. It's a setup provided by our charity, SpecialEffect, and it's successful because we spent time with Ceyda finding out what she wanted to play, then looked in-depth at how she might be able to play it.
“Ceyda’s always wanted to be able to play computer games, but never been able to,” said her mum Kerry. “Once she got the equipment, her words were ’I’m now a gamer!’”
Breaking down real barriers to game worlds

Ceyda is a great example of the fact that there is sharp distinction between gaming accessibility and the physics of accessing video games. Take repeatedly pressing a button at speed, for example. Some games have the option to accept a long, single button press instead. But you have to be able to press a button in the first place, which is where Special Effect come in.
For those with extremely limited dexterity, the issue here might boil down to the precise strength and movement needed to push a controller button or move a joystick. Solving that issue involves working directly with that person. What exact arm and hand position works best? How should that hand be supported so that the fingers can sit over the controls? Would lightweight switches be better than buttons? Would switches be any good at all? What about voice control instead?
Then there’s also the management of expectations and the consideration of comfort, safety, energy levels, eyesight, lifestyle, integration with other tech, things like that. And everything has to work long term.
“Opportunities for fun, sociability and competitiveness”
Time after time we've found it’s this attention to detail that makes the difference between success and frustration. And over the years we’ve helped some amazing people play some amazing games. People like Marley, who uses three chin joysticks to help him play World of Warcraft, or Becky, who can play Minecraft just by moving her eyes.

The endgame, though, is about inclusion and raising quality of life – aims that make all the effort worthwhile. Video games offer fantastic opportunities for fun, sociability and competitiveness, and when gaming accessibility can be perfectly matched with gaming ability, the playing field really starts to level out.
“Ceyda’s been having the time of her life.” Said Kerry. “It’s something she can play with her friends and not be excluded. Or her and her dad will sit and a play football game, just having fun. It’s lovely to watch, absolutely lovely to watch!”
You can see Ceyda having fun using her setup on SpecialEffect’s YouTube channel.
SpecialEffect is a charity which specialises in helping people with physical impairments of all ages to play and enjoy video games. They offer free support and equipment loans which are tailored to individual abilities. If you’d like advice about access to video games, or for more details about the free services they offer, visit the SpecialEffect website and get in touch.
Have you had a positive experience with accessible gaming? Are there any specific developments or adjustments you’d like to see? Let us know in the comments below.