A PIP Mandatory reconsideration that wasn't requested! — Scope | Disability forum
Find out how to let us know if you're concerned about another member's safety.
Read our community guidelines and our community house rules. 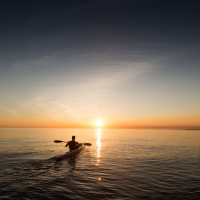 Don Member Posts: 18 Connected
December 2016 edited December 2016 in PIP, DLA, and AA
Hi,
I am wondering if this has happened to anyone else, I've googled and not found any info.
I was awarded standard rate PIP after a home assessment by ATOS.
After a few weeks I received a Mandatory reconsideration decision letter stating that I now no longer qualified and they had decided on every single point that I now score 0 points and have nothing wrong with me at all. (I wish they were right)
I phoned them, the man was quite rude, I asked him how I was supposed to pay them back when I had already bought aids and supports that I needed, he told me a debt collection agency would be in touch.
Apparently the secretary of state had looked at it and decided I'm fine.

I asked if they could look at again, the man on the phone took all of my details and difficulties all over again.
He also told me writing in with my reasons I felt they were wrong would help.
I wrote in and heard nothing so I called again.
The woman on the phone said they had my letter and were looking at it again, she said it was marked as urgent and someone would call me back in 24 hours.
Later that day, I was called back, the woman told me they had not changed their decision, it was not marked as urgent and the woman who told me they were looking at it again was wrong, they were not considering anything.Once the secretary of state has made a decision it cannot be over turned.

She told me I could appeal and that could take months, basically she made me feel like I am a fraudster.
I asked her how she could look at my medical notes and tell me there is nothing wrong with me and she told me they have not looked at my notes!
She also assured me I have many months to file for an appeal, however as far as I am aware it is 4 weeks from the MR letter date. (The MR I never asked for)

I have filed for an appeal, sent recorded, arrived in time, and I feel totally and utterly emotionally battered.

Why do we not have a warning that they could decide to look at the claim again out of the blue, call us liars and demand the money back?