Guest Post: ASD and Relationships - It’s Not You, It’s Me (But Sometimes It’s Actually Totally You) — Scope | Disability forum
Find out how to let us know if you're concerned about another member's safety.
Read our community guidelines and our community house rules.

Guest Post: ASD and Relationships - It’s Not You, It’s Me (But Sometimes It’s Actually Totally You)

I’ve always had communication issues in relationships, most of which seemed to come out of nowhere. One minute everything would be fine; the next there’d be a row of megalithic proportions brewing and I’d have no idea where it had come from. I often worried that I was perceived as argumentative, confrontational and aggressive when in reality I was simply trying to stick up for myself and avoid being misinterpreted. It also felt as though I was on a different planet to my partner and talking at complete cross-purposes without meaning to.

Of course, when I finally realised that I was autistic, things began to make more sense. The problem with being autistic and having relationships with neurotypical people is that your brains just work completely differently.

Yeah, easy to see with hindsight, isn’t it?

There were certain things that always seem to go wrong and still often go wrong now, but at least these days I can usually figure out at which point we strayed off the ‘normal domestic argument’ track and into the long grass of ‘If we don’t stop this now one of us will end up on the doorstep with our bags packed and it isn’t going to be me’.

These are some of the main things that I’ve found cause relationship issues when one partner has ASD (Autism Spectrum Disorder) and the other is NT (Neuro Typical). As always, this is merely my own personal experience – but you might well recognise some of it from your own life. 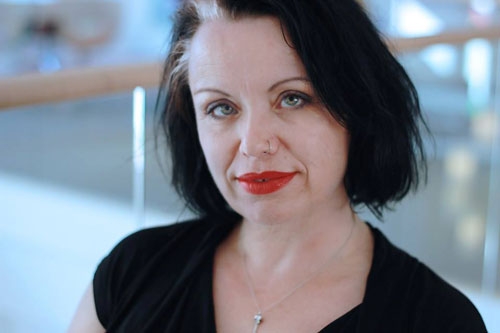 Where the hell did this argument come from?

No, I don’t know why we’re arguing, either. But you did say something ridiculous back then and I don’t have the capacity to just ‘let it go’. No, not even for the sake of peace and quiet.

Routine is good. Until it isn’t.

If we have got into the habit of always watching a particular TV programme on a Sunday night whilst eating Marmite on toast then yes, I want to always do that. Because if we don’t then everything will feel Wrong. Until I move onto the next thing of course, at which point I never want to see Marmite on toast again and I can’t believe you’re trying to make me eat it. What are you, some kind of monster?

And quite often they don’t mean what they say, either. I decided long ago to just take things at face value – why should I spend my time trying to translate the hidden meanings in other people’s wafflings? If you say you’ll be over ‘in a minute’ but actually turn up an hour later, don’t start wailing if I’ve given up and gone out, or spent the extra 59 minutes past your ETA making a voodoo doll with your face on it. You said a minute, goddammit.

We call these people ‘asshats’. Do not listen to them, do not allow them into your space, and for f**k’s sake never EVER marry one of them.

Realising that it might not always be my fault when I misinterpret a situation has been an eye opener. But it’s also made me realise that I can only yell at someone for approaching me in the wrong way if I’ve told them what the right way is. And I also have to be aware that sometimes I am just being a pain in the ****. I sometimes have to remind my son that his own ASD isn’t a ‘get out of jail free’ card when it comes to bad behaviour and just occasionally I need to remind myself of that, as well.

Life can be confusing - and relationships even more so - but being aware of my own reactions to things and admitting that I might not always be behaving entirely rationally (in the eyes of the NT world at least) does at least help me understand when things go pear-shaped.

But I still reserve the right to make that voodoo doll.

Let us know about your experience of ASD and relationships.