Me and my OCD

This week is Mental Health Awareness week and today we talk to Nicole about her experience of Obsessive Compulsive Disorder (OCD).  If you want to read more from her, take a look at the blog A Beautiful Chaos.

I have OCD, when I tell people that I don't feel like I have to explain myself because everyone knows what OCD is, don't they? It's that thing we all have. If you have to have your TV volume on even numbers, you have OCD, right? Or if you like your cans in the cupboard in straight lines, this must be OCD? And not forgetting that work colleague who always uses hand sanitizer before they eat. OCD, right?

OCD stands for Obsessive Compulsive Disorder. The obsessions refer to the intrusive thoughts which we all have. Yes, which we all have. Ever walked over a motorway or busy road and suddenly imagined yourself jumping? Yeah, that's an intrusive thought. They are completely normal. Most people notice that they are odd but carry on with their day as normal. Individuals with OCD fixate on these. 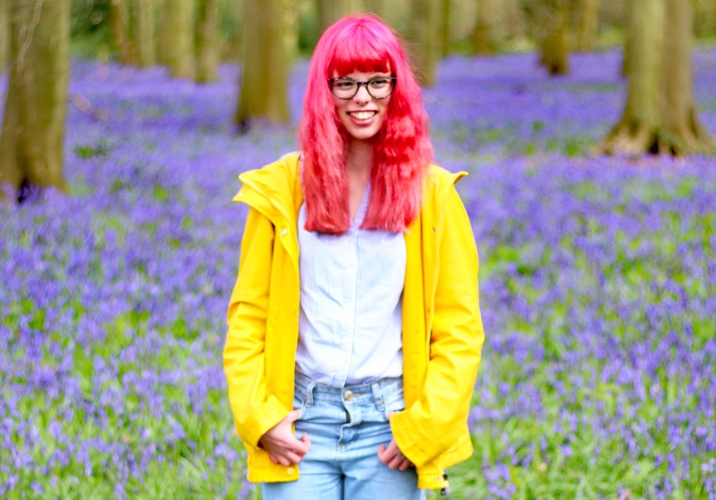 Intrusive thoughts cause an overwhelming amount of anxiety and stress. Sufferers want to do whatever they can to reduce this anxiety, so they develop compulsions. These are the behaviours which you may or may not see and are what society in general focus on. OCD can manifest itself in many different ways. It's not just a fear of contamination which is considered to be stereotypical OCD in the media. Many sufferers worry about harm coming to their loved ones if they don't count or touch things a certain amount of times. Others may be convinced they are a murderer or paedophile and go to great lengths to make sure this isn't true even though their rational mind is fully aware that it's not.

For me, my OCD centred about contamination. So yes, if you like I am that stereotypical OCD person washing my hands obsessively. But my OCD also had a lot more of a serious side. OCD made me pour neat bleach over my hands up to five times a day. OCD made me stop eating three meals a day, surviving on just one 600-900 calorie meal. OCD made me hoard over 50 empty hand sanitizer bottles. OCD made me wash my hands over and over till they were sore, cracked and bleeding.

OCD ruined and ruled my life. As a child, I was always very anxious, nervous and worried about the worst in any given situations. I've struggled with social anxiety, generalised anxiety and OCD throughout my childhood but it was only in 2016, after a particularly stressful and challenging period where OCD became all-consuming and very apparent to those around me. I was washing my hands more and more, avoiding touching things or people around me and eventually cutting myself out from the world entirely.

By sharing my story, I aim to educate and spread awareness of what OCD really is. It's not just about being clean, neat or tidy. It's a debilitating disorder which tortures its victims and makes life a living nightmare.

If I've encouraged you to call someone out if they use OCD in an inappropriate context or if I have made you think about the language you use and the times you've called someone OCD because they like their pens in rainbow order, for example, which is not OCD at all. I hope I've made you think and now have a much clearer understanding of the reality of living with obsessive compulsive disorder.

Do you or your loved one have OCD? How do you feel when people use your impairment as a way to explain something else? Tell us about your experiences now.