PIP has been a complete nightmare — Scope | Disability forum
Find out how to let us know if you're concerned about another member's safety.
Read our community guidelines and our community house rules.

PIP has been a complete nightmare 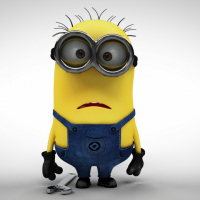 NeilB Member Posts: 26 Connected
October 2017 edited October 2017 in PIP, DLA, and AA
Hello,
Bit of a long story this ill try to keep it short.
I had an accident at work July 2016 which involved my lower back L5 S1 disc, numbness in my leg and foot and am claiming industrial injury benefit, on top of this I was suffering from cluster headaches since being diagnosed in 2011. These have progressively become worse and I'm under a neurologist.
My employer of 17 years won't take any responsibility for the accident and I've been off ever since, I've also been diagnosed with anxiety and depression.
I put a claim in for PIP at the end of June 2017 and its just been a complete nightmare. I wasn't awarded enough point to claim PIP. The decision process didn't make sense so I asked for the PA4 form, thats the copy of the assessment.
When I received it there was information on there that I hadn't passed over at the assessment apparently I had said that I could walk round a large supermarket from my car a distance of a 150 Meters, and in the DWP decision it said that I had no special mental health input, lots of untruths. they said I wasn't having cluster headaches the majority of days another
lie. I clearly wrote a said that they had reduced to four a day from ten.
I have since asked for a mandatory reconsideration sent information from my counsellor to show mental health input, they originally had appointment letters but choose to ignore them, I made an appointment with Citizen Advise to gather information to show why I disagreed with their decision and sent all the letters back on the 18th September 2017.
Mike at CAB said he thought I had a very good case.
One the 11th October I received there decision, I hadn't been awarded PIP just an increase in points. it was as if they hadn't read or took into account any information I had sent them, they kept referring back to the face to face assessment and saying that they still disagree with me and said that the descriptors are correct even though I've supplied them with evidence to the contrary. What is really poor about this hole process is that while having a face to face assessment the so called HR Professional could be typing anything on that report being true or untrue, the DWP are basing there decisions on that information. What should happen is both the HR and person who is being assessed should read the report and both should sign it to say the facts are true.
I rang and spoke to a lady at the DWP who seemed understanding to my predicament to a degree, she said my only other option is to appeal against the mandatory reconsideration.
I am going to do this, have contacted my MP for some possible assistance to.