Dad and Alzheimer’s — Scope | Disability forum
Find out how to let us know if you're concerned about another member's safety.
Read our community guidelines and our community house rules. 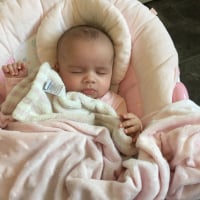 Hi, my name is Sue and my father George has Alzheimer’s. He is in his 7th year so no longer communicates or does anything for himself.  I looked after him for the first 3 years until it became apparent that he needed 24-hour care.

Alzheimer’s disease is the most common cause of dementia. The word dementia describes a set of symptoms that can include memory loss and difficulties with thinking, problem-solving or language. These symptoms occur when the brain is damaged by certain diseases, including Alzheimer’s disease.

Dad has five children, nine grandchildren and six great grandchildren. He was married to my mum for 40 years until she died. He worked as a coalman from the age of 16 until the age of 66. He is physically fit even now which makes this cruel disease even harder 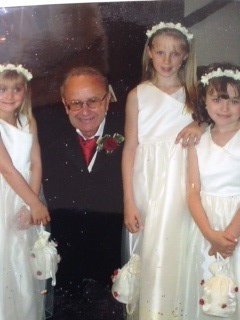 There are so many things that happened in the three years that I looked after him that we still laugh about now, though Alzheimer’s has been a devastating disease for all of us, we have used laughter as a way to deal with difficult situations. I would like to share some of these times that, though they are sad, also bring a smile to our faces.

Dad:   Susie I have been thinking, I am nearly 40 it is about time I thought about getting married and having kids.
Me:     Dad, you were married for over 40 years and have five children and you are 84

One night I had just got home after being with dad since 8am in the morning, it was now 10.30 at night.  Five minutes later the phone rang, and it was my dad.

Dad:   Hello, is that you?
Me:     Yes dad is everything ok?
Dad:   Yes, I was just wondering when you were coming around I have not had any breakfast yet!!!
Me:     Dad, you have had breakfast, lunch, dinner and supper.
Dad:    Well I was going to say I didn’t want any breakfast because I don’t feel very hungry 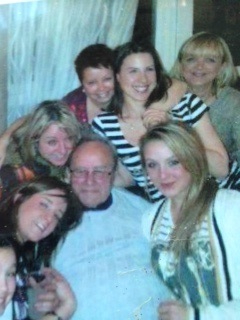 Another time was a little more serious.

I had gone home for the evening, dad was settled and had quite a good day. I had left him on the chair watching a film with his next-door neighbour who we paid to stay a few hours after I had left just to keep an eye on him. By midnight dad would normally fall asleep and that would be him till eight in the morning when I arrived.

Anyway, I got a call at 4am from the police to say I needed to get back to my dad’s as something serious had happened but they could not tell me over the phone.

Dad had called the police, told them that he had shot my mum by mistake and that she was in the bath.

I got to dad’s place, there was a police car and an ambulance. I explained to them that my mum had been gone a long time and this was just part of the Alzheimer’s. They were not impressed to say the least!  By the time everyone had gone dad was sleeping peacefully in his bed totally unaware of the chaos he had created.

Alzheimer’s is the cruellest disease I have ever come across and it robs people of their memories.

When my dad finally had to go into continuing health care I would get so upset because he would be walking around in tracksuit bottoms and sweatshirts, not his normal trousers and shirts. He would walk around with a crisp wrapper that he had shaped into a gun shooting people.

His consultant explained to me that my dad was in a happy place because he thought he was acting normally.

Alzheimer’s is a progressive disease. This means that gradually, over time, more parts of the brain are damaged. As this happens, more symptoms develop. They also become more severe.

There is currently no cure for Alzheimer’s disease, but there is a lot that can be done to enable someone to live well with the condition. This will involve drug and non-drug care, support and activities.

You can look on the Alzheimer’s website for support on daily living,  help with care and staying independent.

I think that talking about Alzheimer’s can be really helpful to family and carers and so it would be great to hear about your experiences.  Please let me know if this has effected you and if you have any hints and tips on caring for your loved ones who have any forms of dementia or alzheimer's.