Verite writes the blog After Cancers, she says that her previous work experience gave her the training to ‘handle’ the NHS and to set up her website aimed at older people who have faced cancer and aims to help others through the minefield that is cancer treatments.

However positive you try to be, cancer is something most people have when they are old, and they can easily find themselves facing survival on their own, with all the problems that can cause.

As usual, nhsManagers.net has a powerful story on its recent posting.  Nine million people live on their own, and cancer survivors can find life extremely lonely when left to face survival with no-one to share with.

If we look around there must be simple things we could copy, to try and mitigate loneliness for so many.

In the States, ‘gathering places’ for the elderly frequently have a simple table with a jigsaw puzzle spread out.  Idea is that you stop by – fit in a few more bits of the puzzle – which occupies your mind and often gets you talking with other jigsaw fans.

If only something like this was available in NHS Hospital Transport Lounges.  The average one is filled with apathetic patients, sitting around waiting and waiting.  Sometimes a TV blares out in a corner, but no-one bothers to watch.  An HCA dishes out teas and coffees;  they try to make conversation, but there is no-one to say “would you like to do so-and-so”.

Perhaps a Friends group could raid their cupboards, grab a trolley from somewhere, and set up a jigsaw in their transport lounge.  See how it goes, and tell everyone if it encourages participation.  Then look at doing the same in Outpatients;  I spent 1hr 45 mins waiting for one appointment last week, and the dog-eared magazines were not very entertaining!

Shortly after my elderly mother moved to the Oxfordshire village of Dorchester-on-Thames, there was a knock on her door.  A group from the local Primary School came bearing a box.  “It’s Harvest Festival, and we’ve bought you a gift from us”.

Mother was enchanted, invited them all in and listened entranced whilst these kids told her all about their village.  Then told all her friends about the school’s initiative.

There are some schools that have already made contact with elderly people, and found a terrific rapport.  So if anyone is member of the PTA, or a School Governor, why not suggest  ‘meet elderly locals’ sessions? 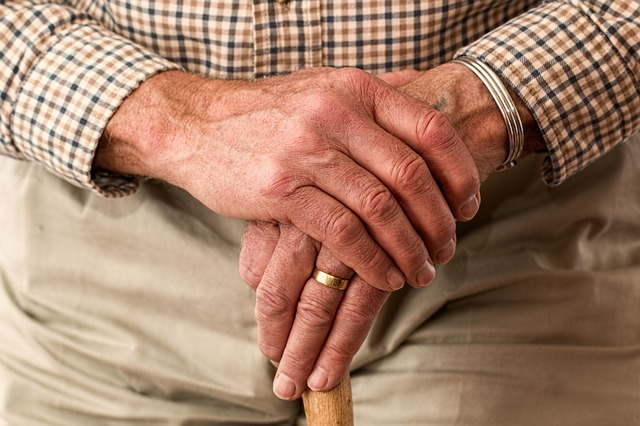 Tracey Crouch MP has just been appointed Minister for Loneliness.  But before we dance with joy, she is already talking about ‘strategies’, ‘initiatives’, and all the other Minister-speak.  This means appointing expensive outside companies to do surveys – when what is needed is compassion and some thinking.

With 9 million elderly people around, their needs are going to vary enormously.  Surely the Minister could get one village involved.  Come up with ideas, and those that work could be rolled out to surrounding areas – then on and on.

It’s not rocket science, but if the Minister gets bogged down with too many advisors, committees, White Papers, initiatives, strategies etc.  she is going to lose all will to improve, and the elderly will still find they are lonely as they risk not being able to tick the right box.

Let’s KISS (keep it simple, stupid) and let villages, schools and groups get on with doing their own thing and reaching out.  Tracey could remind Councils that those who have Council House Estates could actually visit them and appoint a resident to knock on everyone’s door and take a note of who genuinely lives on their own.  One of the saddest aspects of the Grenfell Tower disaster was that Councillors had almost never visited the Estate, and had no idea of what went on – in their own Borough!

Schools could tell staff that they need to make contact with the local community;  meeting older residents works a treat for those pupils who have already taken the initiative, and formed a living history contact – so just copy what they are doing.  And don’t sit arrogantly behind the gates not knowing your neighbours.

The Minister for Loneliness posting is made in memory of the MP Jo Cox;  it could be the start of a new era for elderly people, and help with the scourge of society today:  loneliness.

Tell me about your experience of loneliness, do you have any hints and tips? How do you feel? Are you lonely right now?