Diabetes — Scope | Disability forum
If we become concerned about you or anyone else while using one of our services, we will act in line with our safeguarding policy and procedures. This may involve sharing this information with relevant authorities to ensure we comply with our policies and legal obligations. 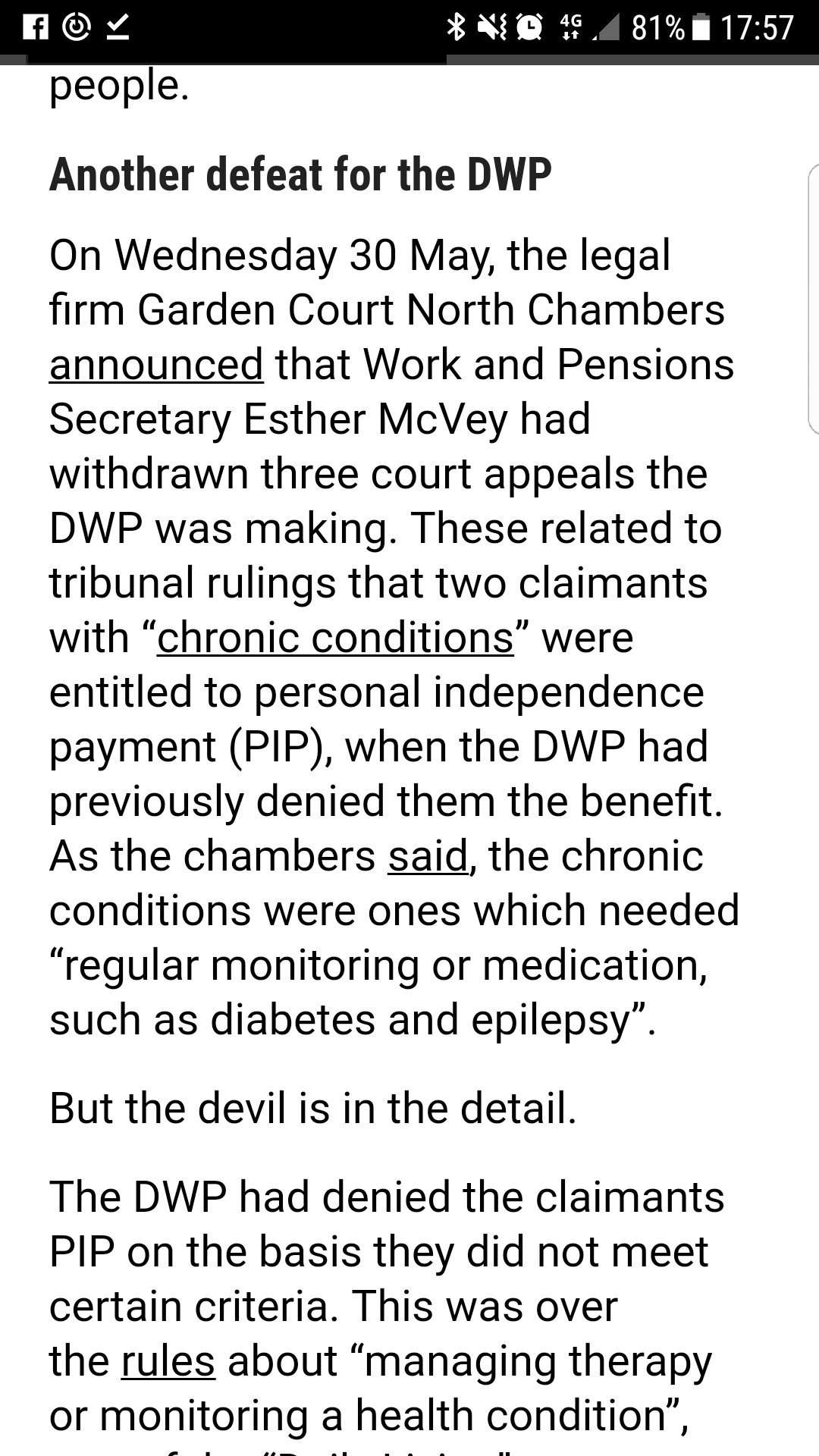 can I ask if anyone else seen this? And also will it help diabetics going for appeal?
Thanx
0 · Share on FacebookShare on Twitter