Am I just unlucky ? — Scope | Disability forum
If we become concerned about you or anyone else while using one of our services, we will act in line with our safeguarding policy and procedures. This may involve sharing this information with relevant authorities to ensure we comply with our policies and legal obligations.

Am I just unlucky ? 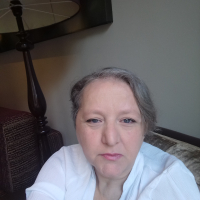 pennymortiboy Member Posts: 8 Listener
June 2018 in PIP, DLA, and AA
Hi guys, I'm new on here so I apologise if this has already been spoken about
I went from a happy high rate for both sections DLA in 2015 to a very unhappy standard rate for both sections in 2015, during the reconsideration period I handed in more information from my consultants, GP, a letter from my local councillor and a letter from my MP on top of other info and everything was still ignored so I took them to appeal, once requested after a few weeks I received the letter from the Tribunal centre letting me know they'd agreed to the appeal, I was disgusted however when all of the paperwork arrived from DWP allowing me access to the medical I had at home and their reasoning as to why they decided I was still only entitled to standard rate for both, I appeared at my appeal and the judge said he was baffled by the decision PIP had made, I was elated to win my appeal and the judge wrote a scathing letter to PIP with their findings. .... 2017 just 2 years later they request a review, I jumped through their hoops and this time round i had more wrong with me, yet again they dropped my care component back down to standard but left the mobility at enhanced, I once again handed in more information including a 6 page letter from my GP,  consultants letters etc for reconsideration, once again they disagreed so for a 2nd time I took them to appeal, once again the paperwork they sent from DWP was disgusting because of what they thought of me but they also sent all of the paperwork from the 1st trial etc, my husband  ( carer ) pushed me through the court door and I had an apology from the 3 panelists because A, PIP hadn't bothered to turn up again, B, this was my 2nd time, C, for my illnesses and D, for wasting my time, WHY .?  Well the judge explained that been as I'd taken PIP to appeal on my original claim and won and I'd declared and proven to PIP I was no better than before in fact far worse during the review by law PIP couldn't downgrade my claim unless I'd declared i was so much better because a judge and panel had overridden PIPs original claim  ( I hope that makes sense ), he did also let me know that after reading the notes I still would of won so it wasn't just default, however even though PIP during the review changed my expiry date from 2019 to 2021 ( just 2 years ) the judge explained that he could only readjust my appeal back to the original claim which was 2015 to 2019 so in a Nutshell PIP put me through hell last year for NOTHING, so it was a waste of my time and they put me through so much, a waste of my representatives time and as a charity their money, and waste of the panels time and even worse a waste of taxpayers money, it definitely shouldn't of been me apologising to the judge, the GP and Care executive who were my panel for the day, I got home in the freezing cold weather because of the snow fall we'd all had in agony but elated that after 2 PIP applications and 2 appeals I'd won twice and I thought I'd got a year to calm down, gather my thoughts and wait for the letter letting me know my claim was about to expire and I had to make a new one, I got into bed and read the letter from the judge to PIP about the decision it was then I discovered that the judge had made a mistake and declared that my claim expired March 2018 not 2019 but he'd given me a few months extension or else I wouldn't have enough time, my Rep emailed the courts straight away but by then it was too late, PIP paid my back pay along with a cheeky little letter asking if I wanted to make a new claim, so here I am a very long discussion piece later, my paperwork is in, I now have even far bigger health issues than before, I'm on week 6 still not knowing if they're going to request a medical at home for a 3rd time but I know they will, why ? Because it's PIP, I also have a feeling my original claim will ex pure before a decision is made so I'll have no money coming in to help and yes they're going to cancel my husbands carers allowance on the date my original claim expires, SO, am I just very unlucky to have to make 3 PIP claims in 3 years with 2 appeals  ( so far ) or does this happen to everyone ?
I apologise for the lengthy post but I couldn't word it any smaller, I hope their is someone/s out there who can reply to my post with a why, I also hate the fact that I know people who got enhanced PIP without having to do anything and have it at PIPs longest time frame of 10 years and yet their declaration of illness is no where near their Facebook photographs
Sorry rant over
Penny
1 · Share on FacebookShare on Twitter