What to send to apply — Scope | Disability forum
Find out how to let us know if you're concerned about another member's safety.
Read our community guidelines and our community house rules.

What to send to apply 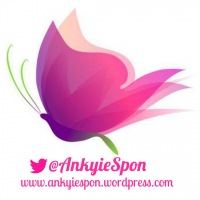 AnkyieSpon Member Posts: 138 Pioneering
July 2018 edited July 2018 in Motability, Blue Badges and disabled motoring
Hi all. I have Ankylosing Spondylitis, Fibromyalgia and early stages of Osteoarthritis in hips. I have chronic fatigue due to theses illnesses. I have decided to apply for a blue badge. I have been told to send more info so I have plenty from rheumatology, millions of letters for physio appointments but who knows what the were for so what do I send? Thanks
Tina
(Ankyie Spon)
I'm a Pain Warrior
1 · Share on FacebookShare on Twitter