Asking for help when struggling with mental illness — Scope | Disability forum
If we become concerned about you or anyone else while using one of our services, we will act in line with our safeguarding policy and procedures. This may involve sharing this information with relevant authorities to ensure we comply with our policies and legal obligations.

Asking for help when struggling with mental illness

Rambling_blog Member Posts: 1 Listener
July 2018 edited October 2021 in Disability rights and campaigning
Megan is 21 years old, she has struggled with her mental health since her early teens. Today she talks about her journey and the importance of getting help.

You see, it was exactly a year ago that I went to the doctors and was diagnosed with depression and anxiety and put on medication. However, it wasn’t the first time I had mentioned my mental health; I’d tried to tell various people in my teens that I just wasn’t feeling happy or, indeed, feeling anything at all, but every time it was passed off as teenage hormones and was not paid attention to. I was terrified the same would happen this time.

I refused to let myself think there was something wrong with me, until my boyfriend, Steve, suggested I go to the doctors. Suddenly it all made sense. The way I was feeling made sense; constantly anxious and jittery and sick and not like me at all, a bit rocky and unsteady and on the verge of being completely overwhelmed and constantly fragile, like I could break at a moments notice.

So I phoned and booked an appointment on my 3rd try (for the first two my anxiety had stopping me being able to say anything so I just hung up). Leading up to the appointment, I was very withdrawn, and my moods were more unpredictable than ever. At work I was me, just a slightly quieter, but then I’d come home and be hit with an overwhelming sadness - they type that just makes you want to curl up in a ball, frantically trying to stay afloat while the little anxiety demon sits on your chest pushing you down, and simultaneously not having the energy to do anything but stare at the wall, unable to pinpoint exactly why you’re crying and wishing you could stop being a person with responsibilities, just for a little while.

Then the day of the appointment arrived, and I was a nervous wreck. I woke up with bad butterflies in my tummy and an overwhelming feeling of “I can’t do this”. I got up, dressed and went to the doctors in a kind of haze, I sat in the waiting room shaking uncontrollably and when my name was called, unsteadily walked through to the doctors room. I say down and when asked “what can I do for you?” burst into tears and didn’t stop for the next 15 minutes of the appointment. She asked me lots of questions about my life and ended up writing me a prescription. I was expecting to feel upset about that, let down by the chemicals in my own brain, but instead I was just relieved. Relieved I wasn’t crazy or hormonal, relieved that someone else thought there was a problem that needed fixing, relieved that I was listened to and what was going on in my brain was somewhat justified by the prescription slip she handed me.

Now I have been off them for a month now. I know I need to book another doctors appointment soon; my depression is nowhere near as bad but my anxiety levels have recently been off the charts. Ironically, I moved out a few weeks ago which means I need to find a new doctor near me which is making me super anxious too but hey, swings and roundabouts right? 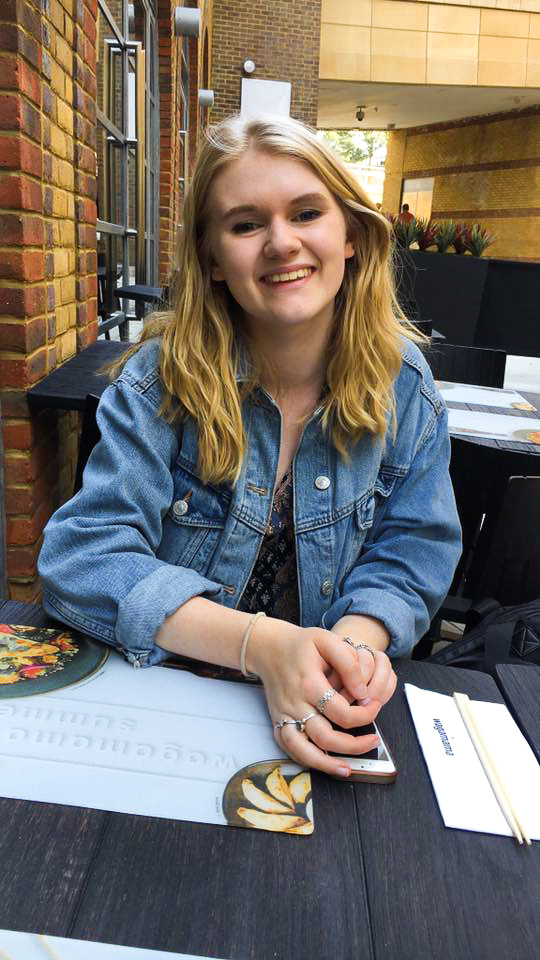 But just because the dark clouds that were lingering over me are letting some sunlight trickle through, does that mean I’m completely better? It's hard to know if you’re ever really cured, there is no blood test to determine if you’re 100% better, but depression is not the same for everyone; it's not just feeling sad, but it is all consuming. When it has you in it’s grasp it can take over your whole life and can stop you being a functioning human being entirely. Which is why we need to allow ourselves to treat mental illnesses the same as physical illnesses. We have to admit when we’re suffering and ask for help when we need it. We need to allow ourselves to take a day, a week or however long it takes to recover when you’re battling something real and scary, that needs attention and is extremely hard to heal from. So, we need to allow ourselves to not be okay and, more than anything, stop deciding for ourselves what is going on inside other people’s heads and believe them when they say they’re struggling.

How do you believe we view mental illness? Have you reached out for help? Let us know in the comments!