worried sick over the lies the dwp say — Scope | Disability forum
Find out how to let us know if you're concerned about another member's safety.
Read our community guidelines and our community house rules.

worried sick over the lies the dwp say 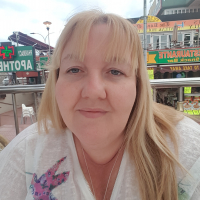 diane1981 Member Posts: 51 Courageous
September 2018 edited September 2018 in Benefits and financial support
i have suffered depression and anxiety for many years, i had struggled through it til i was in abusive marriage which ended in 2010, i had been coping til one day in 2013 where i took a major panic attack and havent worked since and have been on esa and pip since 2016. i just had my pip assessment and the lies that have been reported are unbeliveable. Apparently because i made the assessment my condition is not as bad as i was trying to make out, i must eat more than 3 meals a day because i am over weight, then stated i denied i was overweight however i did not , infact i actually stated i have always been overweight which has never been an issue therefore i would not have any medical input, as they stated in there reply to the mandotary reconsideration, i stated i can read and write however i cannot concentrate on this kind of information, which they reply is not a condition for pip and my concentration cannot be that serious as i can drive. i also have osteo-arthritis and repeat epsiodes of sciatica, they stated i managed to crouch down to the floor in which they never asked me to do such thing. my knee was actually clicking and popping when i stood up which she heard as she commented it sounded painful. they also stated my medication was standard medication ( duloxitine, propananolol, amyitryipline, codine, paracetamol, ) i am currently at the process of awaiting on a tribunal hearing, however the dwp have opposed this and state i should not be allowed  this as there report was fair. this has been on going since may 2018 and i am worried sick of the out come. any info or help would be apprieciated
0 · Share on FacebookShare on Twitter