Transferred from IB to ESA contribution and left there, But I should be in the income related group 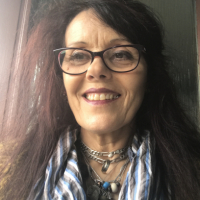 Wallace Member Posts: 6 Listener
September 2018 edited September 2018 in Employment and Support Allowance (ESA)
Ever since I was medically signed offf work following an industrial accident, I have had to battle with DWP about what monies I should receive and the latest one is the fact I have never been paid the severe disablement premium and the enhanced disability premium despit being in the support group. Nor did I receive them when I was put on IB(incapacity benefit) after near eviction because I was paid SSP and no housing benefit with 2 teenage sons at school.  That was 10 years ago.
I happened to fone them a couple of weeks ago and after nearly an hour on the fone the advisor sent me out an ESA income related form to fill in.  That has now gone back.  (She said I should be in the income related group) i told her my little story.
There was an article in the national news papers the told of people not getting these premiums and some receiving up to £10,000 back payments which had gone through the Hich Courts to get these people what they should have had.  How can I sue DWP for 10 year as underpayment of benefit because I am sure they would throw me in jail and throw away the key if they overpaid me £30,000 (approximate).
Anyone know what I should do or how to go about sorting this.  There’s a hitch, my son is mt appointee so he has to do it because I get distressed because they gabble at me and dont talk sense (no offence meant, i am absolutely terrified of DWP, scared silly)
0 · Share on TwitterShare on Facebook