PIP awarded but esa still asking for sick notes — Scope | Disability forum
If we become concerned about you or anyone else while using one of our services, we will act in line with our safeguarding policy and procedures. This may involve sharing this information with relevant authorities to ensure we comply with our policies and legal obligations. 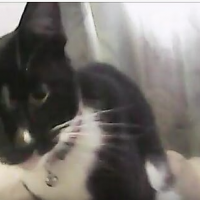 after paying rent tax and bills I had less than the dole and just had bake beans or soup to live on, my doctor told me to give up work

but last year I ended up with heart attack and gave up work, then everything stated going wrong having depression not going out and stopped taking heart tablets

so am on ESA but they still requested sick notes, for past 12 months and no appointment from them, they say they need their own adviser to check even though court of appeals agreed I have Depression

12 months have passed, I still provide sick notes and still no interview from ESA, now I told them am not going to provide them anymore sick notes I just can not be bothered to use phone or go out  I filled in the ESA box why I don’t have sick note which said pip appeals said I have

Depression, just seems am going backwards and hide from the world again

so, had no money for 3 months well £50 PER WEEK FROM PIP only I think if I have another heart attack I will have a note on me that says don’t revive me

I want to get better but at this moment I don’t care, but some advice on what to do please