My son has a ehpc doctor says audio process delay... but is it more — Scope | Disability forum
If we become concerned about you or anyone else while using one of our services, we will act in line with our safeguarding policy and procedures. This may involve sharing this information with relevant authorities to ensure we comply with our policies and legal obligations.

My son has a ehpc doctor says audio process delay... but is it more 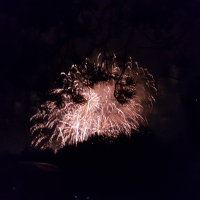 TLC11 Member Posts: 15 Listener
November 2018 in Autism and neurodiversity
Hi everyone
I dont even know where to start right now this maybe a long post sorry ...
First of all you all seem so lovely and supportive keep it up its so rare to find someone who understands.

My son is 8 will be 9 December 1st not very long at all.
There has always been something with him that has not overly been right as a baby the midwide questioned autsim, he would not pick anything up and just put it in his month would sit and look at it (food test) had to have set cup and plate if anyone ate from it he would throw the plate and was the same if anyone drunk from his cup. My daughter was going though being diagnosis for narcolepsy so it wasn't something at the time i took into account, i feel so bad now seeing how he struggles. Maybe i should of pushed things sooner.
When he started nursery his speech was questioned he was very quite didn't really  talk alot and was always told "he has 2 older sisters who talk for him, not to worry just keep reminding them he needs to talk for hiself" we could always understand him but school or anyone else struggled.
Nursery then refered him to speech and language therapy, it come back the school had not filled there bit in right to take it back to school re do their part and send it back his now in year 4 that to this day has never been done and with every letter that come though for him states his had or been referred to therapy.
In year R teacher never had any issues same as year 1 although they would say he wants to be a baby he don't want to do the work he daydreams alot they had no real worries about him, so i left it i didn't really take much into account what i see thinking maybe he just likes screens. (Cat in the hat he wouldnt sleep with out watching it) would be like i have taken away a lifeline. His always had a thing for teddy bears thats stayed even now. He never use to really play and it was only watching him today that i look back and think his always just lined things out had tv on unless it was wheels related he loves anything that runs on batteries and is the first thing he asks now does it have batteries.
Year 2 i was told the same thing the only difference was this teacher had a teacher my daughter had and i found i could ask her the words "i think his autism" left my mouth before i could think. Her son is autistic so i don't know if that made me open up for the first time.
Year 3 was just as hard he would take himself out of class, lash out over things like a rubber being taken his teacher wanted to take his number square away. She even said how he can't keep up if a acreen is on or classroom is to loud, busy or colourful. That was when his year 2 teacher become senco and his ehpc went though so fast.
Here we are year 4

I finally get a appointment to see a behaviour doctor who i thought maybe of help as i had seen him for my daughter not understanding narcolepsy he never done much for her but had a interest in sleep. Here we was in field so to speak.
He took one look at the ehcp got my son to draw a picture asked him questions but still reading so how much he took in who really knows. Looked at me and said he has audio processing delay... having hearing trouble myself i understood what he was saying. Yet when i said to him but this dont explain as to why his anxious in busy places unless its a sensory over load he walks around hood up and hands on ears sometimes depends on level of loud.
He will not try anything new if he does we need to show him ie rides it dont leave the ground, has no upside down bits and it don't go fast.
Even taking him to just ride (bike riding) was a list of questions. It took alot of reassurance in the end he come along he sat on the bus looking very white and sheepish huged into me (he loves bikes) was the unknown of the track. Once we got outside and he could see it was ok until we got up to the bikes then he was overwhelmed because the bikes was not his own bike. Even with staff and us getting on bikes he wouldn't.
Other things like when i ask him to get dressed unless i put the clothes in his hand he will carry on what his doing, when its bathtime he will not go and run a bath we have to do it for him if he wants a bath he will ask us to run it if we try and exchange him to run it himself well sure from reading this you get the idea. Is this a process disorder. Well i  was i spoken down to its not a disorder its a delay your putting a label on him... he was not interested in my worries i had not got to food he was like so M why don't you get dressed when mum asks "because i don't want to" why don't you run yourself a bath "because i don't understand the taps" i was told to just keep showing him.

A few days after clinic in school he went over on his ankle on the Thursday no one told me he come out of after school club with a limp and some bruising didn't really think anything bad had happened or school would have told me surely. Took him in the next day he come out sweating looking white and withdrawn his teacher said it was because i said about him hurting his ankle and that she had told him not to run. When he got home it was clear it was not just a case of a small bump it was sollowen up a visit to a&e had confirmed he tore his ligament in his ankle. The sweats was clearly pain sweats he never told anyone he was hurt or in pain so for over 24 hours he braved it.

I then called the drs pa to ask for advice on the fact he can hurt himself and yet still not communicate it. If i can have a appointment and was put on for the next one that is cancelled.
Low and behold i get off the phone to find a letter from the doctor goes on how he supported my daughter... why that was needed is beyond me. He has learning  difficulties and his age is that of his difficulties his made no appointments (yet we have another one for a years time) his going to contact the school and see if they have any other worries...
Most unhelpful letter as yes i am aware of him having leaning difficulties we can see that with his reading writing fact he dont do homework because its above his level we end up showing him doing it for him, his teacher is against giving him work he will be able to do himself because he needs to catch up as year 6 exams are coming up. He never sat his year 2 ones because he was not allowed to have someone read and write for him. I expect he has issues there its the other things that worry more about.

I honestly don't know where to turn at the moment i am 1/2 way though a letter where i am adding photos of things to see if his doctor cant see us, maybe he will refere us on to some one who will listen. Or am i just taken up a space for a child who does need it.
Sorry this has has been long advice much needed feel like i am going mad at moment.
0 · Share on FacebookShare on Twitter