Home › Scope's online community Employment and careers
If this is your first visit, check out the community guide. You will have to Join us or Sign in before you can post. 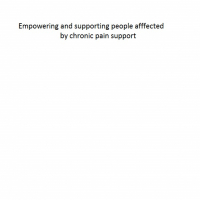 PLEASE NOTE I MAY USE YOUR ANSWERS TO HELP ME WRITE AN EDUCATIONAL PLAN FOR EMPLOYERS, HEALTH CARE PROS AND GENERAL PUBLIC. NO INFORMATION WILL BE TRACABLE AND IM MORE THAN HAPPY IF YOU DO NOT WISH TO BE INCLUDED JUST LET ME KNOW WHEN YOU POST

So sometimes people say things to us that they don't seem to realise who hurtful they are and how they stay with us.

I have had the following:

You're going to bed already? it's only 19.30? (Yes but I have been up since 7am trying to pretend I have 'normal' energy levels) - Family member

Its only round the corner it wont take 2 mins to walk there. (but I have already walked past the limit that is comfy for me) - Family member

You did it last time (that was then and this is now, today I just simply can't do it, I cant tell you why but I cant) - Family member

You need dumping on a desert island where there are no take aways (thanks, i'm suffering with depression, I have come to you for help) - Doctor

What off hand comments have been made to you that stick? could be from a anyone in your life, how did it feel?