The bills are in the Landlords name and I believe that I'm being overcharged. Landlord does not show — Scope | Disability forum
Find out how to let us know if you're concerned about another member's safety.
Read our community guidelines and our community house rules.

The bills are in the Landlords name and I believe that I'm being overcharged. Landlord does not show 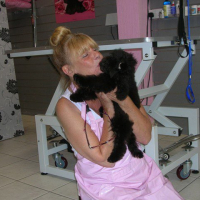 Evelyn_Ann Member Posts: 2 Listener
November 2018 edited October 2021 in Benefits and financial support
I am finding myself struggling with gas and electricity bills. I am in the 'priority' category but I don't have my name on the bills, so I'm paying direct to my Landlord and I believe that I'm being overcharged and secondly, I now cannot claim the Warm Home Discount because my name is not on the bill.  My Landlord has never shown me the bills or given me a monthly statement of account.. When I contacted my previous supplier when I had my own bills at another address, I find that I'm paying double to this Landlord?  I have spoken to them many times to no avail!  With housing so difficult to find these days I worry about being too outspoken in case the landlord would evict me after the year which ends in January.  I have always paid my rent and whatever the Landlords agent tells me to pay, because if I don't pay then I will be without electric and gas. It's very difficult to budget my finances and I can't afford the high bills, I cannot get the Warm Home discount, and I'm expected to pay almost the double of what I normally paid before I moved here. I had to move because my previous Landlord evicted me because he wanted to sell the flat?

The bills are in the Landlords name and I believe that I'm being overcharged. Landlord does not show 0 votes