Help for those who have chosen to stay on legacy benefits? — Scope | Disability forum
If we become concerned about you or anyone else while using one of our services, we will act in line with our safeguarding policy and procedures. This may involve sharing this information with relevant authorities to ensure we comply with our policies and legal obligations.

Help for those who have chosen to stay on legacy benefits? 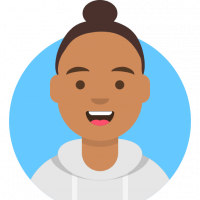 Tressell1 Member Posts: 25 Courageous
December 2018 in Employment and Support Allowance (ESA)
I originally posted this as a reply to some one else's post . But i wanted to start a new discussion in case someone else is going through the same and has maybe had this situation resolved, or got some official advice on what to do  ?

I thought I was the only one going though this ! I've been in tears since Friday night when my Housing Association called to tell me as no rent has been paid they are in the process of taking me to court to evict me !

I was told I have the choice to stay on my legacy benefits (SG ESA & PIP) by ESA and not to change over until I get a letter from them telling me to change over during managed migration . UC said not to apply as I'd be losing about £45 per week and told me to send an appeal to my council but by then it was already too late . This is all because my HA decided to take 2 months to give me my tenancy agreement , the last piece of evidence the council were waiting on for my change of address from my old flat in the same borough that was in receipt of housing benefit!. We went to court in early May so I could succeed the tenancy of my late Mother ,I won , but to spite me they didn't give me my tenancy agreement until July, and they knew June 20th was when my Local Authority became a full UC area.
This has left me with no money to pay my rent (£160 pw) and in significant arrears . I'm paying what little I can a month but its a drop in the ocean.

I quite agree with the OP , and have been so angry for months when I think about how people like us have not been accounted for in this disgusting mess of an overhaul that clearly isn't working ! Why give us the choice to stay on legacy benefits if it means we won't have housing benefits !? And they wonder why homelessness is at a horrific level !? No doubt because of situations like this!

My only choice now is being forced back into work , which will cause a breakdown due to mixed anxiety and chronic depression.
For the last two nights I've been fighting the urge not to take an over dose. I have to take medication just so I can get to and stay asleep as I'm numb from stress and still grieving my Mother .

I am so sick of them spouting the same lies when faced with evidence they are leaving the most vulnerable poor and destitute !

My heart is aching when i think of those forced on to this horrible 'benefit' who will have nothing this Christmas .

The sooner these evil demons are out the better !