Urgent Advice: Serious Housing Issue — Scope | Disability forum
Find out how to let us know if you're concerned about another member's safety.
Read our community guidelines and our community house rules. 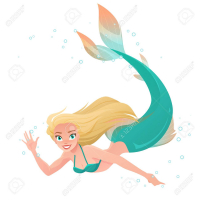 happy91 Member Posts: 101 Pioneering
December 2018 edited December 2018 in Housing, transport, and independent living
Hi Scope Community,
I recently found out my flat is infested with bedbugs. My neighbor has been suffering with them for sometime so I think it is possibly from him. I have been very ill the past five six months and the past week had nowhere safe to sleep. I am living away from the property at present having to self fund somewhere to stay. I am severely allergic to the bites and am still trying different antihistamines to see what works.

Council pest control hired by the charity supporting the accommodation, effectively my landlords ( it is a housing association flat and the ha take no responsibility for managing the property) say it will take two treatments. I cannot reenter the property until they are definitely gone and a trap has been put down after treatment to check this.

I have been asked to bag everything and have had to buy new clothes after all my clothes after washing on a high heat were covered in the skins of the bugs. My friends in Australia booked me somewhere to stay away once we found out they were bedbugs. The charity supporting me who are supposed to provide safe accomodation for the homeless told me they did not receive funding to help me fund an emergency place to stay. All they offered was a camp bed In a communal space which is not suitable for my needs. I have a disability with my legs which prevents standing and walking for long periods of time.

I am now clear of the bugs after taking extreme precautions when moving. My whole body was covered in cuts and I put on extra weight which aggrieved the pain in my legs.

I am now having to self fund a place to stay out of my benefit. The charity are of no help and seem to expect me to manage the property alone when I am further away due to paying for accommodation and dealing with physical and mental health issues on top of the problem with my skin. I have very clearly stated to them for health reasons I cannot reenter the property until this is resolved and the place professionally cleaned.

Any advice on how to move forward with this would be greatly appreciated. This makes everything more difficult
With getting to the hospital for appointments and sorting medication. I think it bad the charity are not offering any help with alternative accommodation suitable for my needs and are not managing the property at all in my absence. They expect me to manage pest control when they are the ones that have hired them. I have had to replace everything. Thousands of the bugs came off of my skin and clothes when moved and I have been under extreme psychlogicpsy distress. The second day after being clean, I had to go in my socks to the nearest shoe shop to buy shoes because my shoes fell apart on the hot wash. I had to buy a new phone after freezing the old one to be sure it was bug free. The bugs can get into anything. it's like I've had a flood only worse.

There are still a few of my things left to bag before treatment, I have gotten rid of most things. I have said to the landlords I need Thier help to remove this. The council pest control told me someone had to stay in the property for treatment to be effective. I am not able to do this as running the risk if any bug and bug debris near me will aggravate the allergy. I spoke to various private pest control companies and they all said it made no difference whether someone stays in the property and there is no research to suggest one way or the other. All of them also said if the neighbor has them and not treated unless my flat is made airtight they will keep coming back. There are ways to treat the property which are non toxic and come with a guarantee however cost more.

I would really appreciate help here because I need a regular safe place to call home. I am noway able to manage the property and am having no hrlp to do so. Im supposed to be house hunting to move on from there but now that has been made difficult again what with a lack of accomodation and having to stay outside of the area due to cost.