UNIVERSAL CREDIT NEEDS TOO BE URGENTLY STOPPED — Scope | Disability forum
Find out how to let us know if you're concerned about another member's safety.
Read our community guidelines and our community house rules. 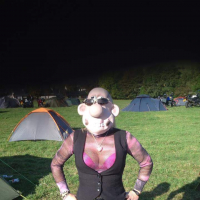 Maggie7913 Member Posts: 4 Listener
February 2019 edited February 2019 in Universal Credit (UC)
Hi looking for something to tell me who has control over government.  When is it going to end cruelty  with universal credit system. these so called government ***** how can we make them listen to us. All affects it's having on us. Too many people committe suicide because of system and how so many are being evicted from their homes.  I thought there was a law about how much say people can live on not any less WELL HOW CAN THEY  GET AWAY WITH SANCTIONS . Especially I got one for missing a phone call.  And they took £160 off month benefits.  How and who can write to get our voices heard and get system stopped  before  more deaths happen . It can't go on living like this.  Why can't government see what's happening and stop it ASAP. Thanks rant over x
Maggie
2 · Share on FacebookShare on Twitter