Life with my very rare condition 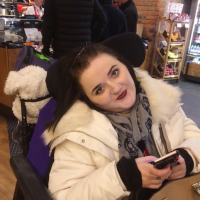 Daniella Rosher is 24 years old, an avid reader, and the 6th person in the world to be diagnosed with a very rare neuromuscular condition, Bag3-Related Myofibrillar Myopathy. Today, she shares her experiences of a diagnosis that seemed like fate, and how she manages daily living with a condition not even medical professionals can reliably explain.

When I was 11 years old, I was diagnosed with a heart disease which resulted in me needing a heart transplant. It had a lasting effect on me, and the symptoms that came from that couldn’t be explained by medical professionals. We spent years looking for a diagnosis that never came.

Being diagnosed by chance

One day, my neurology doctor was at a conference with lots of other specialists. He got talking to the doctor next to him about various cases they seen, and the other doctor happened to mention a very rare condition, one that was so unknown that it had only been officially ‘discovered’ the year before. My doctor thought the patient he described sounded remarkably like me, so he came home and arranged the necessary tests. He was right, and I was the sixth person in the world to be diagnosed with the condition. 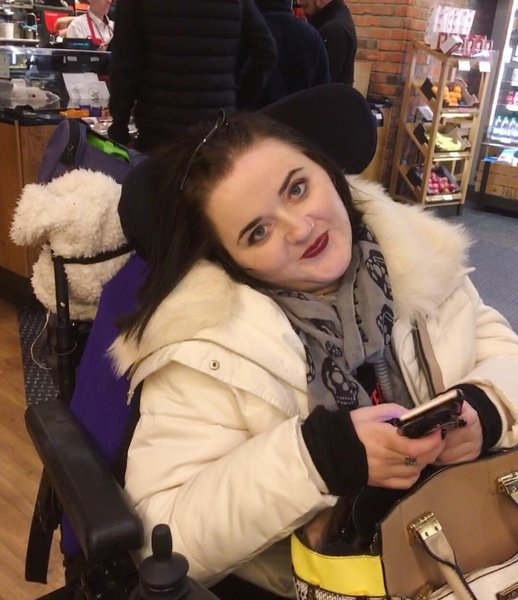 Living with a rare condition

I was still quite young at this point, around 15 years old, and it was quite a lot to come to terms with. There was nobody else who had what I had, and it felt like nobody could relate to what I was experiencing. Sometimes I’d have symptoms but not know whether they were symptoms, because there was nobody I could check in with and ask. You can’t just search online, because the only information on the internet is full of complex medical terms or research articles.

And at the same time, I was transitioning from children's to adult care, changing hospitals and doctors. I no longer had the child paediatrician who diagnosed me. Sometimes I didn’t know who I was supposed to be seeing about certain things, and it was easy to feel lost.

Having a rare disease means there can sometimes be barriers to communicating with medical professionals. Some are great and will go out of their way to listen and learn, but others would shrug their shoulders and pretend to know more than they did. I’ve learned to listen to what I’m told critically, and take on the responsibility of learning about things myself.

Some doctors just don’t understand, and that can be dangerous. Sometimes in an emergency when I’m really unwell I’m not able to say ‘don’t do this’ and ‘don’t do that’ and sometimes they’ll prescribe medications I can’t have or do something that makes me worse.

Luckily my family have been really supportive. They were able to learn a lot about my condition, doing lots of reading about it when I was younger, and can advocate for me when I need them to. I can look to them for more information about it.

It can be difficult to live with such a rare condition and know that there aren’t others around you going through the same thing. But everyone experiences their own illnesses differently, so it’s difficult to compare what any two people are going through.

For somebody who’s recently been diagnosed with a rare disease or syndrome without a name (SWAN), don’t be afraid to ask questions. You don’t have to pretend to know everything about a condition that many medical professionals won’t know a great deal about either. If you want to learn more, just ask. My best advice would be to wing it… that’s what I do!

You can find more from Daniella on her blog, The Moon And All the Stars. What do you think of Daniella’s story? Share your thoughts in the comments below!