Home › Scope's online community Archived› Ask a parenting adviser [CLOSED]
If this is your first visit, check out the community guide. You will have to Join us or Sign in before you can post.
Receiving too many notifications? Adjust your notification settings.

Fighting for my daughter to be allowed back in to mainstream. 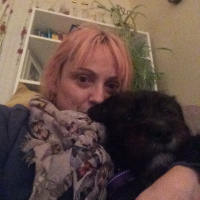 CharlieSingSong Member Posts: 3 Listener
March 2019 edited March 2019 in Ask a parenting adviser [CLOSED]
My daughter is 14 has ASD and Adhd and has been suicidal and self-harming over the last two years. We don't attend school atm and are fighting for her to be allowed back in to mainstream. I also have an Adhd daughter who manages life well and a husband.
0 · Share on TwitterShare on Facebook