The Mollii Suit — Scope | Disability forum
Find out how to let us know if you're concerned about another member's safety.
Read our community guidelines and our community house rules. 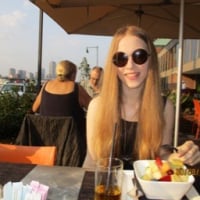 A New Treatment for Spasticity and Other Motor Function Disorders

As an individual with spastic cerebral palsy quadriplegia,dystonic type, a condition which causes chronic pain, I currently have Botox injections into my legs every four mouths to reduce spasticity. While the Botox is successful in helping my pain levels, unfortunately the effect of the injections only last for 12-16 weeks. I have recently been investigating more permanent treatment options. Although most of these options constitute invasive surgeries, I have just had an assessment for a Mollii Suit. A new technology, this suit is for adults and children with spasticity, muscle tone imbalances, ataxias, dystonia and other forms of motor impairment due to cerebral palsy, stroke brain injury, spinal cord injury or other neurological conditions.

How the Suit Works

The Mollii suit provides a sensory-level transcutaneous electrostimulation (TENS) to all ‘selected’ muscle groups across the body via the 58 electrodes built in to the soft jacket and trousers.Following an assessment, a small control unit is programmed by the clinical specialist and the suit is worn for a one-hour session to observe the initial effects. The stimulation is understood to induce reciprocal inhibition by stimulating the antagonist muscles to the spastic muscles as well as giving sensory input to help the motor function output. The modulating effects on the nervous system are thought to occur through the activation of sensoryafferent pathways which enter and are processed in the spinalcord and higher central neural circuitry. The Mollii Suit is a therapy suit that it is only ever used for an hour a day.

My assessment for the Mollii Suit was conducted by two specialised physiotherapists and Richard Welch, Director of UK distribution of the Mollii suit.  Measuring all of my range of movements, the initial physiotherapy assessment was thorough. Identifying the muscles which would benefit from a reduction in spastic tone, the physiotherapists programmed the control unit of the Mollii Suit to target these. Richard walked me through the way the Mollii suit works and the theory behind stimulating the underactive muscles to counteract the tone in the opposite muscle. Before I put the suit on, I was videoed. This process was repeated after I had had the suit on for an hour, allowing direct comparisons to be made. It was thus clear to see how and if the Mollii Suit had reduced my tone or changed my walking pattern.

A word of warning to those contemplating this assessment, steer away from the briefs or cycling shorts you would usually wear to physiotherapy as the 58 electrodes in the suit need to have direct contact with the skin, so wear some nice but tight-fitting underwear. The suit itself consists of two pieces,trousers and a top which have to be very close fitting. Indeed, three people had to help me on with the garment which is actually quite comfortable. After the suit is on and the electrodes are in the right places, the control unit,programmed by the physiotherapists, is attached to the suitand your hour of treatment begins. The electrical stimulation is not painful but can produce a slight tingling or stinging sensation occasionally. Whilst the suit is activated you do not need to do any physio, you can just sit. This is not to say that the Mollii suit requires no effort on the part of the patient, the real work begins after your hour of electrical stimulation is up. In reducing my tone, the suit left me reliant upon my weaker muscles. The hope is by regularly wearing the suit I will be able strengthen my weaker muscles through frequent physiotherapy sessions so that these muscles are no longer completely dominated by their high-toned counterparts.

When the electrical stimulation started, my body began to feelvery heavy, every movement felt as I imagine it would after having run a marathon. During the hour in which I was in the suit I had time to contemplate what I looked like in this skin tight black and white garment, which had a timer for a belt counting down the minutes I had left of treatment. While it is not the height of fashion, the suit could easily double as a Halloween costume. You could easily resemble a skeleton or you could always cut holes for your arms and legs out of a cardboard box with an extra hole where the timer is and masquerade as an oven. If you wanted to transform into something a little more sinister you could always go as a bomb with your own inbuilt detonation count down.

After the hour had elapsed, videos were taken and I had another physio assessment, my tone seemed to have all but gone. I was left with jelly legs but the suit allowed me to get into positions that I never had before. I was able to lift my legs a little higher when I walked and my arms did not rise involuntarily every time I tried to do something which required any amount of effort. The Mollii suit had defiantly had an effect.

Anyone contemplating an assessment should note that the Mollii suit is meant to be used regularly. For me the effects of the suit lasted two days. During these two days my tone was reduced but I was also very weak. If I was to trial the suit using it regularly for a period of time this weakness could be improved through frequent physiotherapy sessions.   When my tone came back, it did so with a vengeance accompanied by a large amount of pain, both things I had had a brief reprieve from because of the assessment.  This is in no way meant to dissuade anyone from trialling the suit. It is an amazing piece of new technology that could really help some people.

How to get the Mollii Suit?

The Mollii suit has the potential to be the treatment I have been looking for but would need to be paired with a substantial amount of physiotherapy at least initially. It is non-invasive and you can easily adjust the amount of stimulation and treatment you need as your condition changes. Yet how do you get it? As a very new technology the Mollii suit is not available on the NHS. Professionals in the NHS have said that while indeed it might work, there is not enough research done on the suit for it to be funded. Instead one doctor recently told me to have an alternative invasive surgery because it would be free! This was very frustrating considering that this surgery would cost the NHS so much more than a month trial of the Mollii Suit.

The Mollii Suit costs £4,100 to buy. However, it is advised that you first rent it for at least one or two months to ensure that the suit works for you. It costs £470 per month to rent a Mollii Suit along with a £2,500. These costs are fairly substantial but if paying for private physio like myself as the NHS does not have any neurological physiotherapists in my area, the expense soon becomes untenable. However, I am looking into possible ways I may be able to get some of my treatment funded. If you are interested in trying the Mollii suit, I had my assessment at Hobbs Rehabilitation, a private centre where I am currently having physiotherapy. The assessment cost £105 and took four hours.