Back payment after tribunal win — Scope | Disability forum
If we become concerned about you or anyone else while using one of our services, we will act in line with our safeguarding policy and procedures. This may involve sharing this information with relevant authorities to ensure we comply with our policies and legal obligations.

Back payment after tribunal win 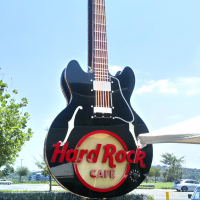 MerthyrMaurader Member Posts: 19 Connected
May 2019 edited May 2019 in PIP, DLA, and AA
Hi there.
Hope everyone is fine
I've hit a serious problem and it's affecting me and I'm hoping someone out there can help.
I had a tribunal on Feb 5 this year which I won.
2 weeks later I had a letter from the DWP saying the dates awarded where wrong and they were going back to the judge to get it reviewed. I received a letter from the court saying they've had the letter from the court and the mistake had been rectified and returned to the DWP. I've received no notification of this from the DWP.
I've phoned them numerous times and all they told me they've received the court letter and it's been assigned to someone by the case management. This was10 weeks ago. I phoned them yesterday 9may only to be told exactly the same thing I was told 10 weeks ago. I'm receiving no payments from them or back payment due to me. The frustration is now turning into something else and I'm worrying the effect its starting to have on me.
Any ideas please
Merthyr Maurader.
0 · Share on FacebookShare on Twitter