Abdomino pherenic dyssynergia — Scope | Disability forum
If we become concerned about you or anyone else while using one of our services, we will act in line with our safeguarding policy and procedures. This may involve sharing this information with relevant authorities to ensure we comply with our policies and legal obligations. 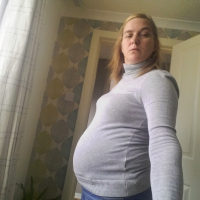 Bluey32 Member Posts: 34 Connected
May 2019 edited June 2019 in Chronic pain and pain management
Hi all I'm.new to scope. This is a great site to talk to people with disabilities. I have been diagnosed with abdonino phrenic dyssynergia. I have not found anybody else with my condition as yet but I'm keeping my fingers crossed.
My condition basically is that my diaphram is not working how it should be so instead of  being concave it convexes(best way of explaining) so it pushes my organ outwards so I look 7 months pregnant all the time. I have had to stop working as I am in a lot of pain most of day/night. I can't bend down pick up from the floor. I have 2 wear slip on shoes basically there's not much I can do. I have to wear  maternity clothes every day. I have had to go private as the nhs kept on telling me it was ibs. I have tried many diets like dairy free gluten free low fibre high fibre diets as the doctors recommend as they thought it was a bowel disorder. There is not much on the internet about my condition only on the rome foundation site. Is there anybody on this site that has my condition ?
Thank you for taking the time to read my post ?
1 · Share on FacebookShare on Twitter
«12»