Appeal help please — Scope | Disability forum
If we become concerned about you or anyone else while using one of our services, we will act in line with our safeguarding policy and procedures. This may involve sharing this information with relevant authorities to ensure we comply with our policies and legal obligations. 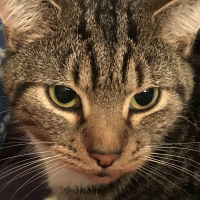 my brain is a tad muddled so I’m not sure yet what my question is but I’ll keep typing and see what happens!

Rough outline...partner was getting PIP since 2013, basic daily only. The assessor recommended no F2F for 5 years. He’s only had a paper review in 2017 which was decided he was still entitled to the same.
I didn’t realise until that review about the points and how they work it out. I did an MR but it came back the same. Didn’t have the energy to take it any further. (I do his forms for him) But after figuring this out it’s clear he should have got and still should have the enhanced rate of both.

He has Aspergers and has every trait of it, he cannot lead a normal life in any aspect.

Had a F2F in feb and they scored him zero in everything. The report was absolutely full of lies and missing all the relevant info we talked about. She also had a lot about physical abilities in her so called justifications which are not in dispute so are irrelevant. I think she used this to pad out her report.

I did an MR (they upheld the decision) and I had no option but to state all her lies, there was no way around it as this made up the majority of her report.

Partner has many difficulties and they cannot be summed up in a sentence or two! Also, his difficulties overlap with many of the questions/activities.

So, the MR was 28 pages long, (on a word type document) obviously very detailed! I set it out so it was clear to read and I explained the lies and backed this up with what was in the forms (2013, 2017 and most recent) plus an old GP report (they didn’t get a new one) and other evidence they have but the HP didn’t mention in her report, one most important piece of evidence which is a detailed medical report/diagnosis.

I pointed out how she hadn’t followed guidelines in her report; her justifications contradicted evidence and even herself, she hadn’t backed up her ‘opinions’ by fact or medical consensus and she did not explain why either, plus much more.

I stated what physical evidence I could provide to prove quite a few of her lies, 5 or 6 of them I think. The rest of her lies contradict all other evidence that the DWP has and has had since 2013, and this evidence pre-dates this also.
His condition/disablilty has not changed since then, has not changed since childhood (except it has got worse) and will not get better in the future. It’s lifelong and not treatable.

In her report, once you take away the physical abilities which are not relevant and the lies, even if you just take away just the lies I can physical prove, there is no justification for her choices, this is so clear for anyone to see. This is why it baffles me how someone can look at this and not see it! And she’s basically saying that everyone in the past who has agreed he is entitled to PIP were either lying or they were all wrong, everyone who’s ever looked at and agreed with the decision to award him.

In the first decision letter from the DWP it said that they don’t believe from the information he provided that my partner would have known that he’s not entitled! I’m not surprised as he (me) gave the same information as before when he was entitled!

Sorry this is so long!

anyway, I tried submitting the same info as the MR, with a covering letter, to do an online appeal but it keeps saying there’s a technical issue and to try again in a few minutes. I tried for hours! Looks like I’ll have to post it. I really wanted to be able to have email updates though.

I know the info is incredibly long but I can’t shorten it without not giving all of the relevant information.

I cant not say about her lies because there are just too many of them and it’s those that the DWP are going by.

I will be sending the evidence of some of her lies via post when the appeal is lodged and accepted.

I keep reading that the appeal should be short and concise and you should not mention about the HP lying, but if I don’t then none of it will make any sense!

I still can’t find a question here! I guess I must just be after someone to say, ‘it’s fine’!
Has anyone else been in the same situation with having so much information to send to lodge the appeal...I mean to start with, not sending additional info? And if so, how did it turn out?