I am writing a short novel where one of the characters is a wheelchair user — Scope | Disability forum
Find out how to let us know if you're concerned about another member's safety.
Read our community guidelines and our community house rules. 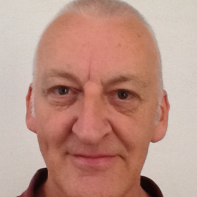 I am writing a short novel where one of the characters is a wheelchair user (say she's called Tamsin). Tamsin's best friend and flatmate (Rachel) often describes Tamsin's legs in a quasi-brusque way. Such as, if Rachel wants to get into the kitchen but Tamsin and her wheelchair are in the way, Rachel might say "Come on, move your spindly legs!" or something similar. There are a half-dozen such examples of Rachel saying these sorts of things.

Another example - Rachel is suddenly reflective over Tamsin's mobility issues as she stares at Tamsin's 'no-hope good-for-nothing bean-poles' (ie. legs).

It is clear from the story that Rachel likes to be thought of as abrasive, but actually isn't. Actually she's a really good friend to Tamsin.

Tamsin quite likes having a friend who doesn't mince her words, although the reader is quite clear that Rachel is only saying these things because that's how she is - there's no bullying, hate-speech or any bad blood at all. Rachel is equally forthright about Tamsin's choice of clothes, music and boyfriends. However, Tamsin gives as good as she gets, describing Rachel's likes and dislikes in the same vein until both collapse in laughter. Rachel also helps Tamsin do things - like she puts Tamsin to bed when she (Tamsin) is drunk, but at other times Rachel causes Tamsin to do things for Rachel, for instance: Rachel would ask Tamsin if she wants a cup of tea. Tamsin says 'yes, please' then Rachel says 'go and put the kettle on, then - I'll have one too.' So Tamsin makes a cup for each of them, with a bun each as well.

My question for this discussion is - am I going to get into trouble with wheelchair users who read the book (assuming anyone ever does) because Rachel's attitude towards Tamsin and her disability is less than inclusive? I am not a wheelchair user myself, and I have no friends or relatives who use one to ask. The reason for having Rachel say these sorts of things is to paint a picture of a wheelchair user's flatmate who is the antidote to Tamsin (whose character is more placid than Rachel's).

Rachel, says what she thinks about all sorts of things including Tamsin's legs, but is best friends with Tamsin. Refers to Tamsin's legs in disparaging terms.

I can give a few examples of Rachel's comments - if you wish to be more clear what I'm talking about.

But first, I'd appreciate your general comments so far - what would you think as a wheelchair user if you were to read a story like this?