Nadine was surprised when the results of her Work Capability Assessment came through. She’d read lots of horror stories online but figured it couldn’t always be that bad and assumed her case was pretty ‘open and shut’. Instead she was found fit for work.

I was born with Developmental dysplasia of the hip (DDH) and despite treatment from a young age, my hips and pelvis never properly aligned, and I’ve walked using sticks or crutches for most of my adult life. I also have two different heart arrythmias and six years ago was diagnosed with Fibromyalgia. My mobility is terrible. My hip or knee will both regularly give way beneath me and I’ve fallen in the road so many times I’ve broken my leg, wrist, arm and my collar bone (thankfully not all at once!) Despite that, I’d worked from the day I left school and was absolutely gutted when HR pulled me aside a few years ago and told me they wanted me to go for an occupational health assessment. Fast forward a few months and I’m on the scrap heap. Physically unable to work but still feeling like I have so much more to contribute.

If I’m honest, I wasn’t fit to work there anymore. I spent much of the working day on the staff room floor, trying to control attacks of Supraventricular tachycardia (SVT) or Atrial Fibrillation. I shouldn’t have been there and every time I ignored my body I’d get dizzy, sometimes faint and end up back in hospital. My record (probably not soon to be broken!) was passing out 3 times in a single week at work — not good if you’re working with vulnerable adults and trying to provide care for them.

The medication I was taking for Fibromyalgia was making me very tired. My hip problems and general mobility, aggravated by my falls, had declined to the point that even standing was becoming a problem. To cut a long and probably familiar story short, I ended up needing to claim Universal Credit and despite my initial reservation it all went smoothly. My work coach was great, accepted my fit notes and didn’t require me to work (which isn’t always the case) and as soon it was time, sent me for a Work Capability Assessment.

Although somewhat demeaning, the assessment was fine and I went away certain I’d at least be placed in the ‘limited capability’ group. When I received my decision 6 weeks later that was not the case, despite an independent occupational health assessment deeming me unfit for work, the DWP WCA found me to be fit. I immediately knew I would appeal. With help I compiled evidence and supporting letters from my GP, physiotherapist, cardiologist and the nurse from my pain clinic and sent them off feeling certain the decision would be changed at Mandatory Reconsideration (MR). It wasn’t. 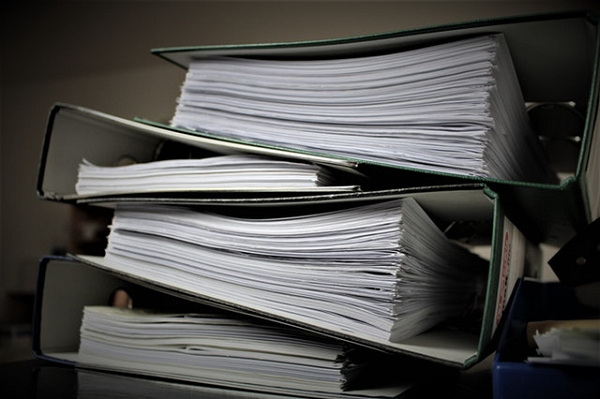 I’m lucky enough that I had a friend who works as a benefit advisor supporting me through the whole process, but it didn’t make it any less terrifying. When the appeal bundle came through from the DWP I thought more than once about giving up, but every time I re-read the report and read the inconsistencies (they’d messed up my gender on multiple occasions and made no mention of my heart problems or Fibromyalgia just to name a few discrepancies) it hardened my resolve.

It’s a daunting process and made all the worse by the long wait to be heard. For me it was just 8 months, but others wait much longer. In the meantime, I was being pressured by the Job Centre to return to work and to stop handing in fit notes, but I remained determined. I had no other evidence to send so resubmitted the same things I’d sent for my MR with a letter from a friend detailing my struggles.

When my appeal date came, I was so nervous. I’d had nightmares for weeks about courtrooms and scary people in wigs and considered not going at all. I’d given up hope of being awarded at this point and was mainly fighting now out of principle.

The actual tribunal was nothing like I’d imagined. The DWP didn’t bother to send someone so it was just me, my friend and two other people in a normal room. The judge spoke briefly, introduced the doctor and then they asked me a few questions about my conditions. I answered honestly, even explaining that some days I can mobilise more than others, that I’d attended today without much problem, but tomorrow I could be stuck in bed and unable to walk through pain. I explained the effects of my medication and what it’s like when in SVT or Afib and how often they occur. They thanked me for my time and said they’d send me the results by post. I’d read online most people find out on the day, so I left assuming the worst. Just one short week later the decision arrived, and I’m really pleased (and a little bit sad) to say I was found unfit for work and work-related activities (LCWRA)! Finally!

I don’t feel I ever should have had to go to a tribunal, but in hindsight it wasn’t as scary as I’d thought and not getting a decision on the day doesn’t necessarily mean it’s going to be bad. Now I’m waiting for my first PIP assessment. Wish me luck!

What was your experience of your tribunal? Was it as bad as you’d anticipated?

If you feel like you need some advice or information about benefits, check out our resources here.