The unheard voices of dyslexia 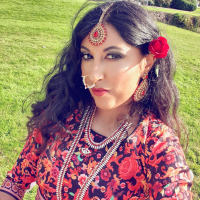 Dyslexia is often associated with an image of a child who writes words backwards. Type in the words ‘famous people with dyslexia’ and the list is very male dominated. Though men with dyslexia are great achievers, women are under celebrated to say the least. As for being a brown woman with Dyslexia, our voices are seldom heard. I feel I represent many unheard voices with Dyslexia.

I was born and raised in Coventry to Indian born parents. I am a high achiever with 2 degrees and a diploma and various other strings to my bow. I have numerous honours for my work in Arts and Activism such as a Fellowship from the Royal Society of Arts and I was recognised as Coventry Citizen of the years. However, under this veil of success is a woman who has daily struggles and bears witness to the struggles of others. 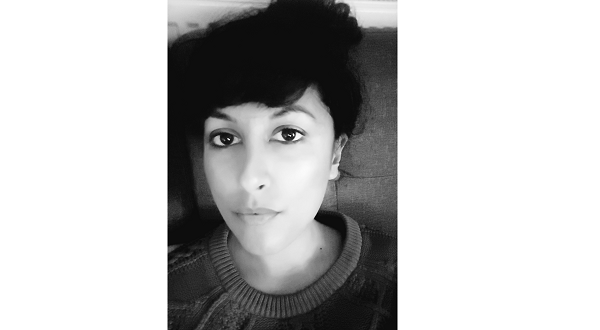 Dyslexia does not disappear. It stays and the adult voice is often forgotten because we fixate so much on Dyslexia in childhood. It’s for life.

I struggle daily, I often forget how to spell which is more to do with the formation of the letters. I get dates mixed up and have sent friends a birthday wish a month early. I often find articulating words challenging and mispronounce things terribly.

With Dyslexia there is stigma but within Asian communities there are more layers. Asian communities are stereotyped. ‘the Asian Nerd’ complex runs deep. We have this reputation to be the best and those that do not fit in are often labelled as failures or having a ‘curse’. There is also that added pressure of status and the marriage market.

As a child I couldn’t grasp words. I had all the ideas floating in my head, but they were jammed. I struggled so much at school, keeping up in class, retaining information and basic organisation. Unlike most Asian kids who had howling strict parents, mine were laid back. Almost as if they had given up because my struggles were colossal. I only learnt to read or write at 8! I was seen in my community as a nobody.

I remember in secondary when school black boards had their day and were replaced with white boards. I couldn’t read off them! My parents sent me for an eye test as I complained that I couldn’t read it of the white board. Though I told the optician the words were moving around, she ignored that and prescribed me glasses. It was only 15 years later I came into realisation the letter dancing was down to my dyslexia and not my eyesight.

When I discovered I had Dyslexia at University it was such as relief, however the stigma was sticky. People assumed I was ‘thick’. In my community it was a bigger taboo and unspoken about rather than unseen. People often made comments that I didn’t try hard enough. People often show me pity when I drop the Dyslexic bombshell. Only to be followed by a jaw drop when I tell them I have a masters from the University of Birmingham

We are still far removed from attitudes and prejudice.

The negativity around Dyslexia sticks. I would not consider myself a natural academic but that does not mean I am not intelligent. I am a creative, a social engager and a community-oriented person.

I found myself having to console an Asian family who found out their daughter had Dyslexia. They were in sheer panic and saw this as a complete inability to any kind of achievement. The tears were as if someone had died or she had a life-threatening disease! Their instant fears were how will she get to university? Their dreams of her being an Engineer were toast. The family even had the audacity to ask me if I could find a cure.

This made me realise how vulnerable this girl could have been. When I told I had dyslexia, the mother examined my face and eyes to see if I was ‘normal’.  It was a long journey, but this girl ended up doing exceptionally well. Sadly, to this day they will never mention Dyslexia because parents said she been cured. If only they knew that her achievements were because of her Dyslexia! 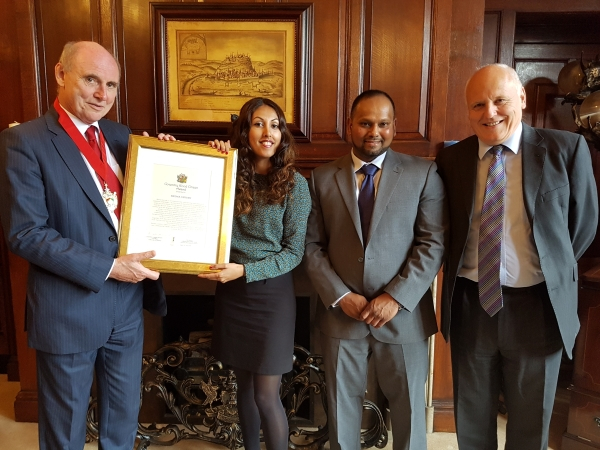 People with Dyslexia face many challenges anyway but cultural values and norms add heat to the difficulty. We need to acknowledge it, accept it but most importantly speak out about negative viewpoints.

I am the Artist Director with Caste Away Arts; a non profit Theatre company that tackles social taboo like Dyslexia and those cast away from society. We look at promoting diversity and creativity a platform for unheard stories.

I am proud that I have Dyslexia and all that I have achieved. I am proud to be representing woman who climb hurdles in the face of challenges. I hope people find my story inspiring and that this begins to break the walls around the stigma with Dyslexia.