How my diagnosis opened doors — Scope | Disability forum
Find out how to let us know if you're concerned about another member's safety.
Read our community guidelines and our community house rules.

How my diagnosis opened doors

35-year-old John (who wishes to remain anonymous) grew up without support or a diagnosis for his dyslexia and didn’t care. It was only when his learning difficulty prevented him from following his dream career that he realised how important it was that he got the support he needed.

I was always up for a laugh at school. Pranks, skits, one-liners — you name it. I was the funny one and never not mucking about. The actual work didn’t come easily, but no-else would’ve known just how much I struggled. The one time I mentioned that the letters wouldn’t stay still, everybody laughed and not in the way that made me feel good. After that, it just became a bit of a joke.

It wasn’t really a conscious thing back then, but it’s clear now that I was always deflecting. If I was funny, charming or full of life, people didn’t bother to look too closely. They didn’t notice the fact I was still following Biff, Chip and Kipper about, years after everyone else had left them behind. The fact I couldn’t read was just another funny thing about me and I played up to it. My mum hadn’t liked school — it wasn’t for her, so she didn’t notice. Keeping your head down and being everyone’s mate was all that really mattered. Reading just wasn’t important, if anything it was a badge of pride to be a bit thick, to not be a boffin. Any talk of having a learning difficulty was laughed off and I preferred it that way. All I really wanted was to be a policeman anyway and in my mind, that was all about chasing and arresting burglars (preferably with the theme tune to The Bill blaring in the background!) 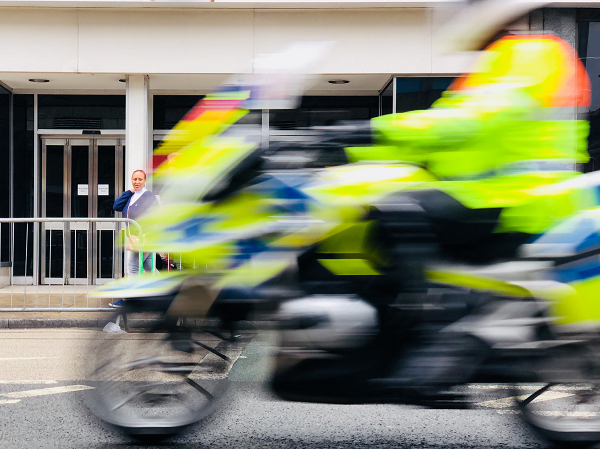 Primary School was a struggle and by Secondary School I —and every teacher I’d met— had given up. I left school at 16 with a bunch of Es and Ungradeds and that’s when it all stopped being funny. Not being able to read when you’re six is endearing, but at 16 it just looks a bit sad. As it turned out, being a policeman was an unlikely dream that involved a lot more than finding bad guys and protecting people, and for ten years I just bounced around building sites and warehouses where I could still be everyone’s mate and nobody would ever ask me to read passages from Romeo and Juliet.

It wasn’t until I met my Nikki (now my wife) at a New Year’s Eve party that things started to change. She was a Primary School teacher and about as patient as you could ask for, but it still took months before I could admit to her that I couldn’t read. It was her who put the idea that I might be dyslexic in my head and from then on, in the evenings and on the weekends, she taught me to read and encouraged me to go back to school. With her help I eventually gave in and enrolled on some courses at my local college, but even though the teachers there were more understanding, I still struggled to get the support I needed without a diagnosis. For that I needed to go private, but how could I justify paying for a piece of paper just to tell me I couldn’t read? I already knew that. What was the point?

I had a supportive partner, the ability to read, and a baby on the way. I should’ve been happy, but when I read, it still took a lot of effort and unlike my faded dreams of becoming WWF Champion or scoring the winner at Anfield, I still really wanted to be a policeman. It seemed attainable and for anyone else it would be. I knew I’d never be happy until I gave it a proper go.

So with a bit of encouragement from Nikki, I looked into joining again and rather than turn me away, they encouraged me to get an official diagnosis and actually helped me with getting it. It was a big step and I was convinced opening up about my difficulties with reading and writing would throw up all sorts of obstacles. Instead, it actually opened doors — I had a name for it now.

With an official diagnosis, I had all the support I needed to make it through training and while I took a bit of stick for it (and the fact I was a more than a few years older than the other recruits), I was allowed extra reading time and the opportunity to use an overlay. They offered a lot of support and most of that wouldn’t have been possible without the official diagnosis. I didn’t even need all of it, but knowing it was available and there were people who were happy to support me with my dyslexia gave me a ton of confidence. Accepting my diagnosis and seeking support for it wasn’t easy, but it’s given me opportunities that I didn’t have when I was ‘just stupid’ and couldn’t read. It’s not a miracle cure and I won’t be picking up Shakespeare any time soon, but just having a name for it helps make people listen.

Do you have a learning difficulty? Did an official diagnosis change anything for you? Tell us in the comments below!