Any ideas as to what this is? — Scope | Disability forum
If we become concerned about you or anyone else while using one of our services, we will act in line with our safeguarding policy and procedures. This may involve sharing this information with relevant authorities to ensure we comply with our policies and legal obligations.

Any ideas as to what this is? 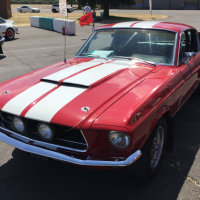 66Mustang Member Posts: 7,401 Disability Gamechanger
October 2019 in Rare, invisible, and undiagnosed conditions
I want to share one of the undiagnosed issues that I have to see if anyone knows what it is or has suffered from something similar.

It was initially diagnosed as psychosis before the decision that it wasn’t this, and now the best the doctors can come up with is some form of OCD but it hasn’t been formally diagnosed - they haven’t heard of anyone with the same issues.

Basically I have fears that I am going to lose control and do something I don’t want to do.

It could be something very trivial. For example if I’m holding a glass of drink I am worried I am going to just tip it over. Or if I’m in an assembly of people listening to a speaker I’m worried I’m going to shout out.

But it could also be something very serious. When I’m driving I’m constantly worried that I will violently jerk the steering wheel to the left or right and crash the car. Also I’m worried I will attack myself or others when using sharp knives, for example.

The best way of describing the thoughts it this: if I was given a button to press or not press, and told it does nothing, I could ignore it; but if I was told it would do something bad I’d constantly be worried that I was going to press it, even though I am the one in control of whether I press it or not.

In the past I have acted on these thoughts but not for several years. It takes immense psychological effort to not act on the thoughts.

It doesn’t sound too bad now I’ve written it down but these thoughts are truly bad and really stop me from doing anything I want to do, as if I know I will get the thoughts, I avoid doing an activity. Anything from driving to going to a wedding or funeral to having a simple cup of tea, I have to avoid.