How to unpick my son's school anxiety? — Scope | Disability forum
If we become concerned about you or anyone else while using one of our services, we will act in line with our safeguarding policy and procedures. This may involve sharing this information with relevant authorities to ensure we comply with our policies and legal obligations.

How to unpick my son's school anxiety? 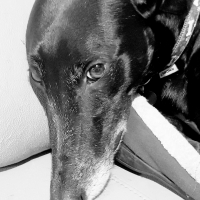 Savlona Member Posts: 8 Connected
November 2019 edited December 2019 in Autism and neurodiversity
Hi, my 9 year old son has recently been diagnosed with high functioning autism, but has been struggling with school related anxiety since year 2. He insists he is being bullied, but school ( who have been supportive in general) say that although there have been incidents, he also does things and that he assumes the worst in situations, which we have observed in other settings.He has a weekly one to one with a learning mentor to talk through things and teachers are watching closely. He is often reluctant to go to school and I have various strategies in place to get him over the threshold, but it is hard to see him so unhappy. I think other things, such as being sat for long periods and being in a busy environment must also be troubling him, but it's difficult to get him to articulate beyond dislike of the group of boys who bother him.
I'm at a bit of a loss on how to improve things. Academically he is bright, so it's definitely the social or sensory side that is bothering him.
0 · Share on FacebookShare on Twitter